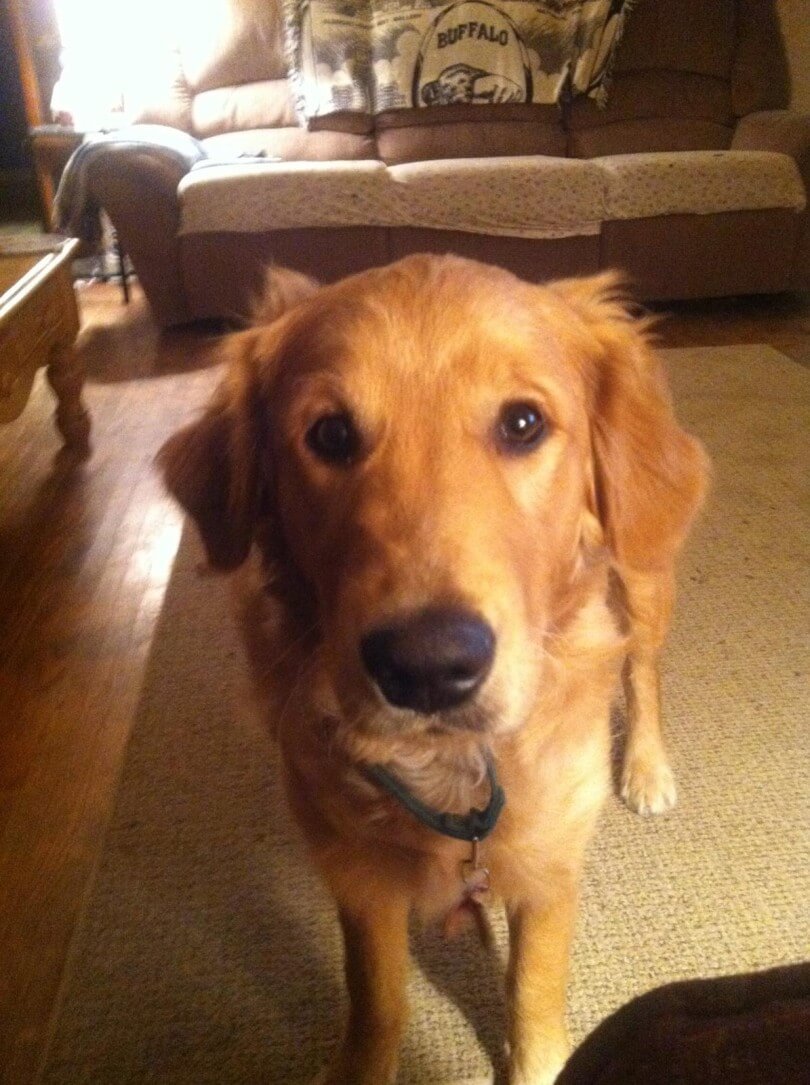 I was relaxing on the couch when my wife got home from the gym.  She entered the room exclaiming “Guess what?” with a look of cautious excitement on her face.  I knew exactly what was up.  She had gotten a call from GRROWLS (Golden Retriever Rescue Operated With Love Statewide) and we had been matched with a rescue dog.  I knew the call could come at any time, but it was still a bit of a shock when it arrived.  It had been only about a month since we had our home visit from the rescue organization and I was still being sold by my wife on the idea of getting a second dog. 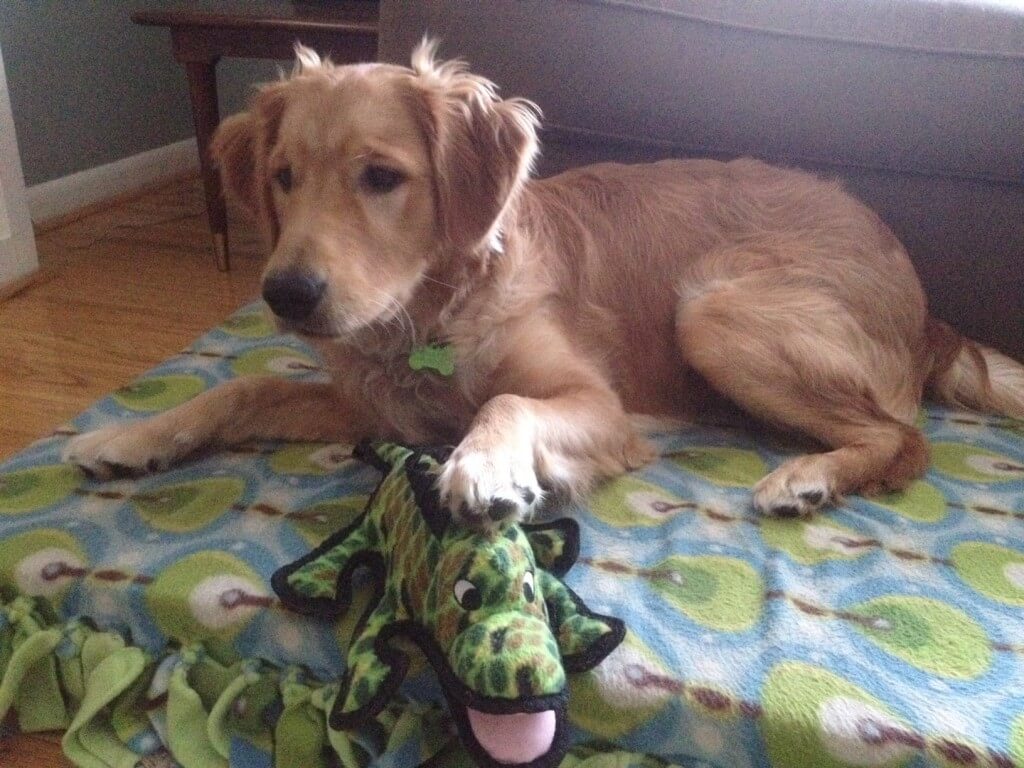 The timing wasn’t perfect, but then again we never expected it to be.  In our consultation we had said that we were open to a dog of any age whenever they needed a home.  We were expecting to hear about an older dog, but in this case there was a 6 month old Golden Retriever about 70 miles away that was looking for a home.  He had been living with a foster family for 2 weeks after his original family was unable to take care of him.  He was supposedly in good health, just a bit much for an older couple.  We spoke to the foster mom and arranged to see him as soon as possible.  Of course we also requested a few photos to hold us over! 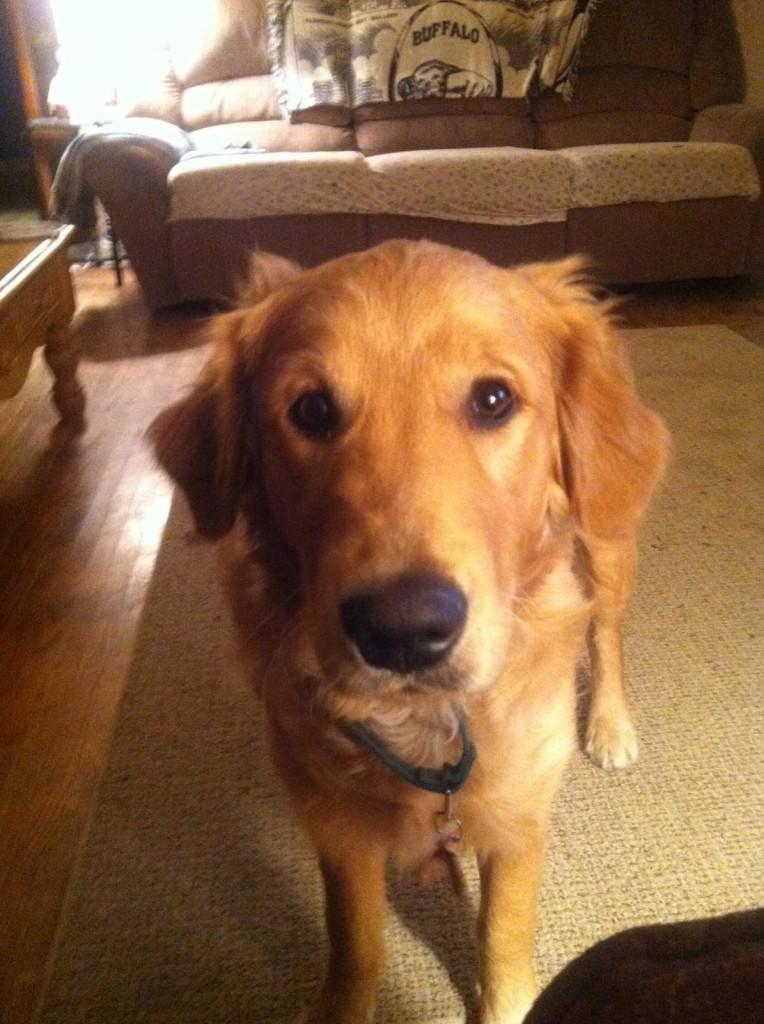 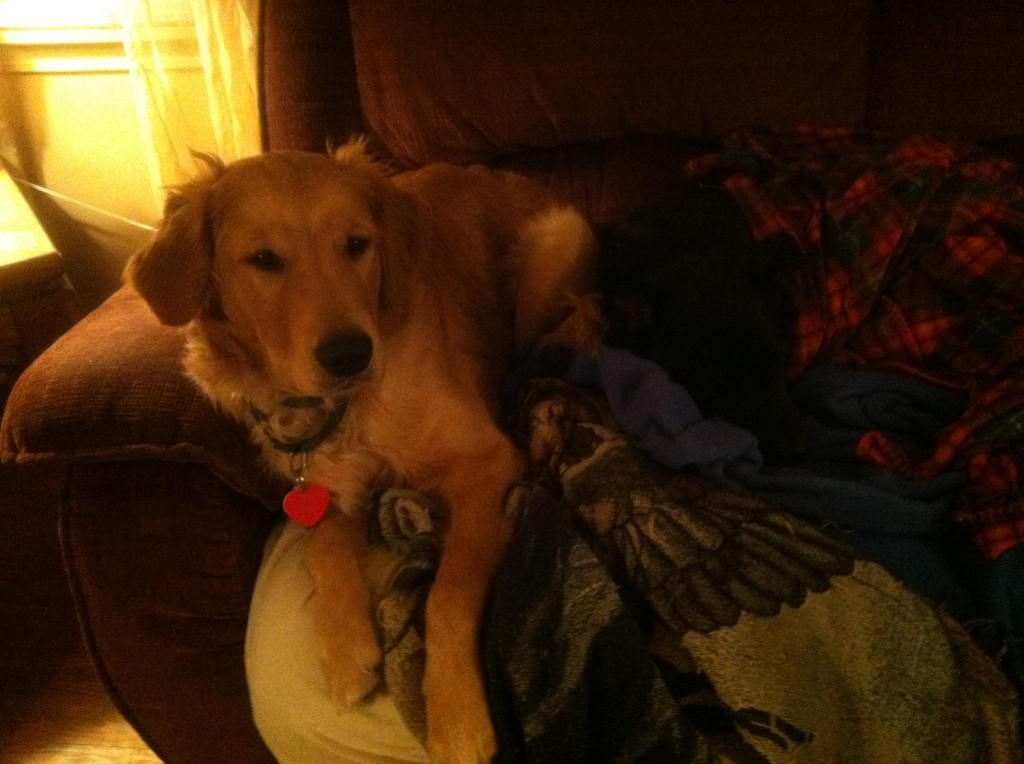 Our first glimpse of Charlie!  How could this sweet boy be looking for a home?!

When the weekend finally arrived, we made the hour and a half trip to meet Charlie (with Harley in tow).  As soon as we pulled in the driveway we spotted an adorable golden head peeking out the screen door.  This was Charlie, and as we entered the house we were showered with hugs and kisses.  He was beautiful and sweet, very excited to meet us.  He was much smaller than we thought from the photos, making us realize that he was still very much a puppy.  After warming up to each other for a few minutes and a discussion with his foster mom, we were able to bring Harley inside to say Hello. Harley actually expressed some initial interest (albeit brief) in Charlie which was a welcome sign for us!  While he gets along great with other dogs, he has always been more of a people person.  We took Harley back outside and discussed Charlie a bit more before leaving.  GRROWLS has a policy that you must think on the decision overnight.  This helps to ensure that no dogs are returned from their new families.  As soon as we stepped out the door however, my wife and I looked at one another and knew that the decision had been made. 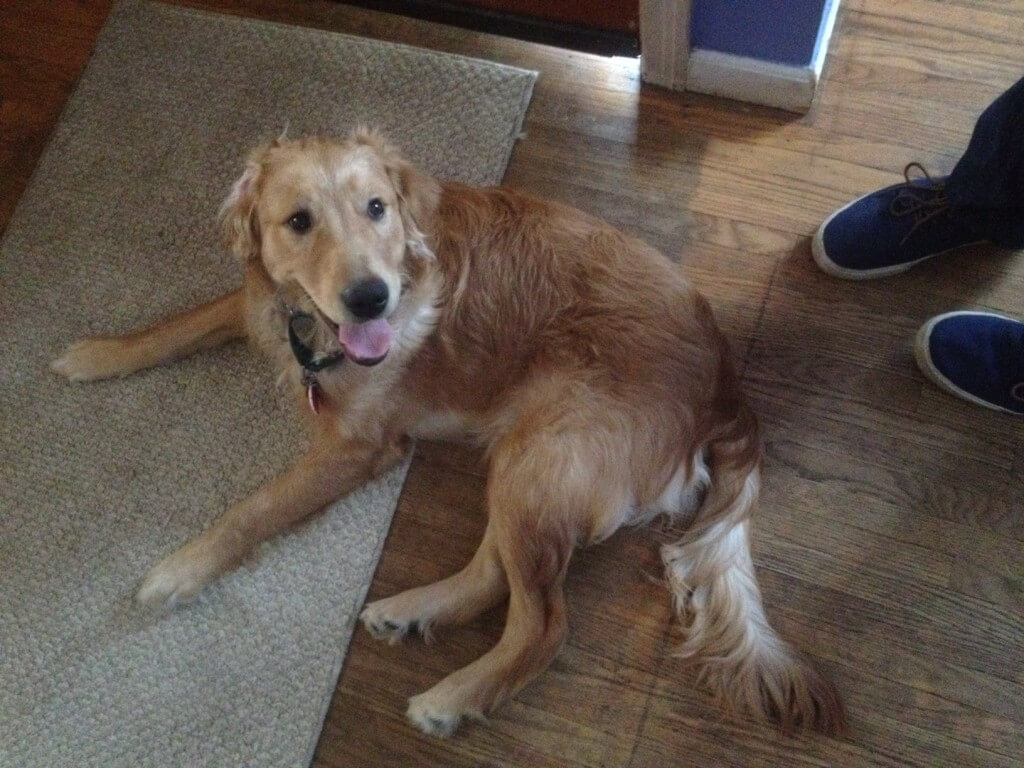 Meeting Charlie for the first time!

We stopped at the Pet Store on the way home to pick up some dog essentials.  We purchased a collar and leash as well as a second set of bowls.  My wife had already bought a crate the night before (Clearly her mind was made as soon as the call came in!).  We didn’t get a name tag yet as we were still unsure if we wanted to change his name.  We loved the name Charlie, but knew that our current dog Harley would be confused by it.  We had discovered long ago that he will come to anything ending in a “ly” sound.  When we got home we set up his crate, found Harley’s old bed, and did our best to puppy-proof the house.

With all the excitement and anticipation, it was not the most restful night of sleep I have ever had.  My wife described it as like trying to go to bed as a child on Christmas Eve.  As soon as it was late enough in the morning we made the call to GRROWLS to say that we were still interested in adopting Charlie and that we were planning to pick him up that day.  After much thought, we also decided to keep Charlie as his name.  He was about to be living in his 3rd home in 3 weeks and we didn’t want to make the transition any more difficult for him.  Harley would learn the difference.

When the afternoon finally arrived, we hit the road, making one final stop at the pet store on the way to get his name tag engraved.  After we arrived at Charlie’s foster home he greeted us with the same sweet welcome as the day before.  Of course he couldn’t understand that he was about to leave with his new family, but it definitely seemed like he did.  We filled out all the necessary paperwork and got to witness a bit of his trouble making behavior that he had wisely kept in check the day before!  We allowed for some goodbyes from his foster family and then left with our new best friend!  My wife was so excited that she sat in the backseat on the ride home just to be near to him. 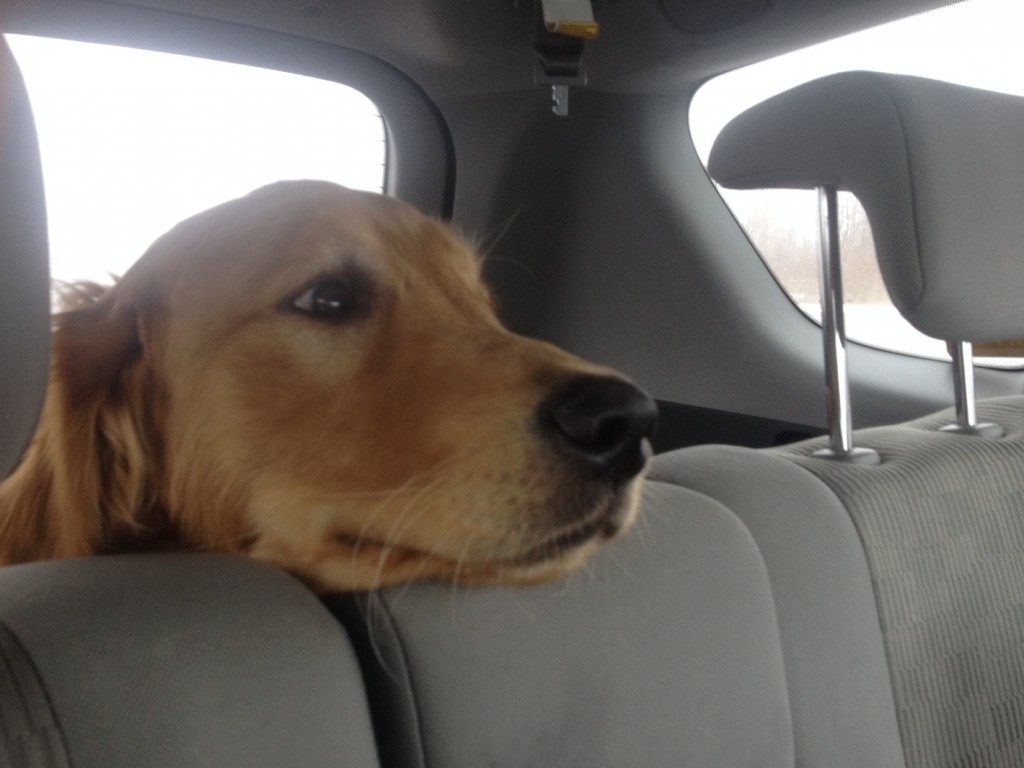 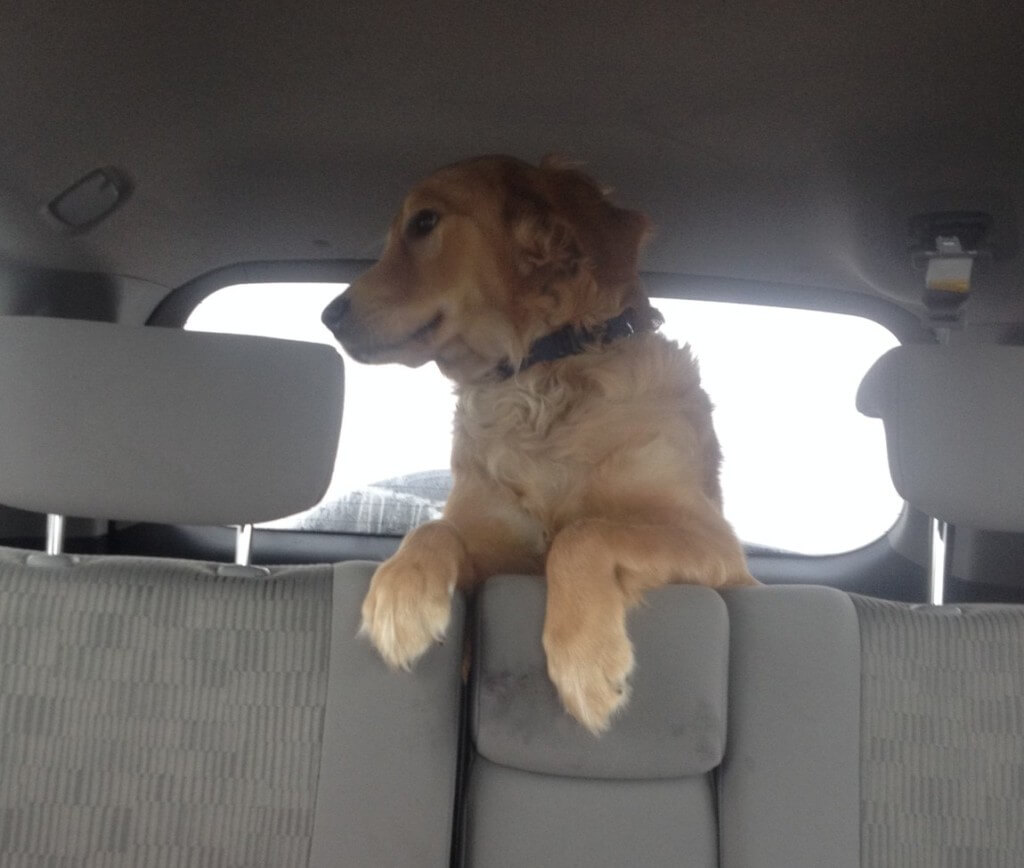 Curious and excited on the way home

It has been a couple of months now and we are having a great time getting to know Charlie.  He is a happy and playful boy with quite a bit more energy than we are used to with Harley!  At the same time he is very sweet tempered and listens well.  Both Harley and Charlie seem to have adjusted well to their new lifestyles and even our cats are enjoying the new friend.  Overall the adoption experience was excellent all around and we could not be happier with the newest member of our family. 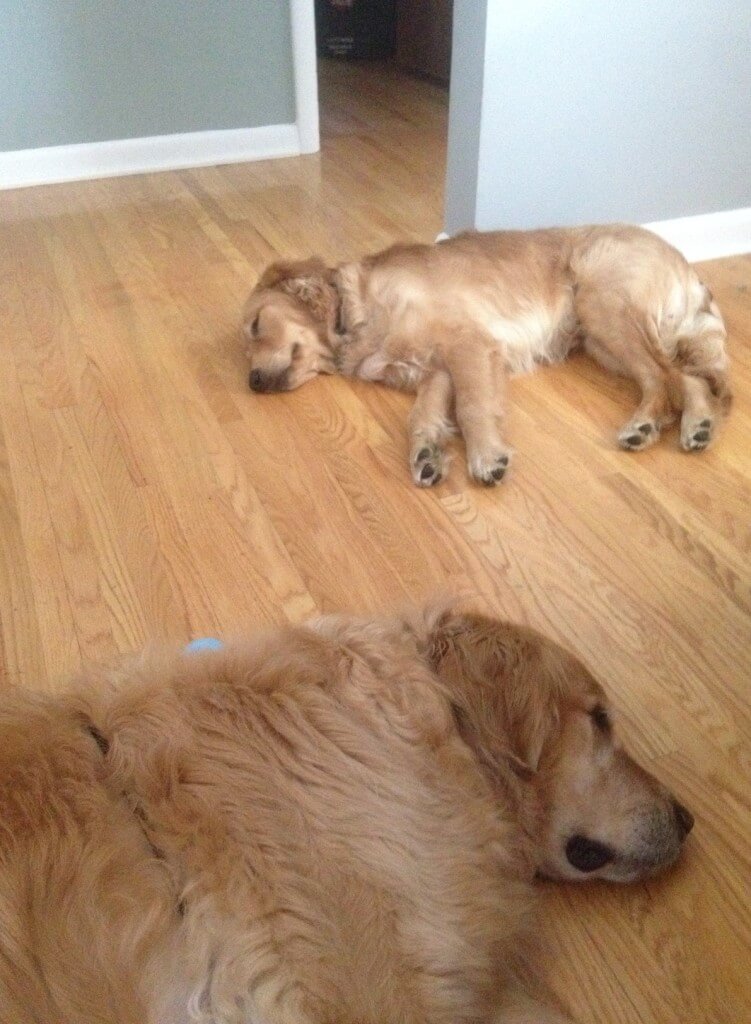 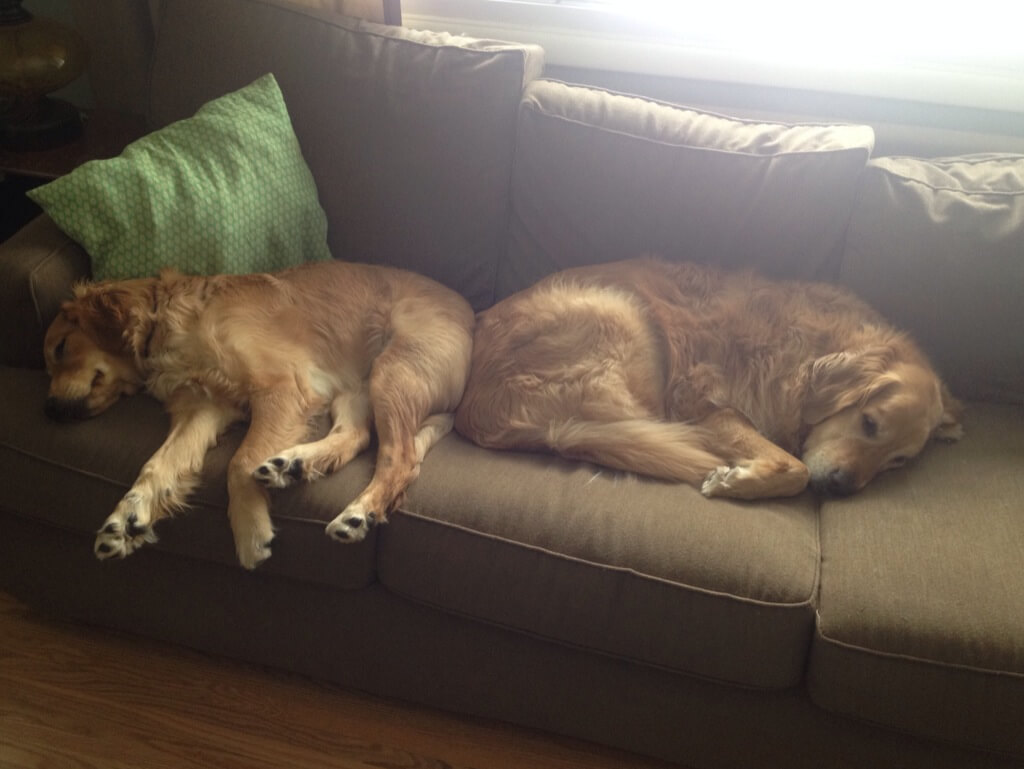