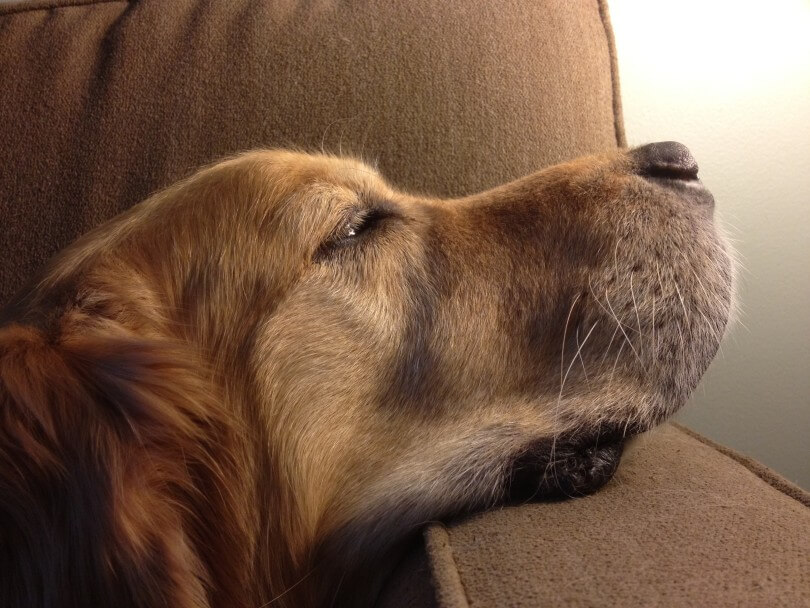 I never would have imagined 7 years ago that I would even own a dog, yet alone have created a website and blog dedicated to them. In fact, at that time I didn’t even like dogs – or at least I didn’t think I did…

I grew up in a family that was very skeptical of animals. My father had strong allergies to cats and dogs and my mother was fearful and uncomfortable around them. I learned to think of animals as dirty and annoying, and I certainly did not understand peoples strong attachment to them.  This viewpoint persisted in me more or less until I met my future wife.

For years I had heard her speak nostalgically of her family’s Golden Retriever growing up.  Her face would light up whenever she spoke of her and reminisced about her antics.  Eventually the time came when her family was ready to get another dog, and I was convinced to come along for the ride.  I thought little of it and had absolutely no idea how my life was about to change.

After a long drive out into the country we arrived at a farmhouse complete with a horse corral out front.  We were escorted into the barn to meet the young litter of Golden Retriever puppies that were waiting in one of the pens.  My wife eagerly stepped inside and was immediately swarmed with puppies.  As her face was being covered with kisses, I witnessed a look of pure joy on her face that I will never forget.  She had stopped in weeks before so she already knew which guy we were about to take home, but that didn’t stop her from basking in this moment.

Harley was a big boy, but a shy and gentle one.  I fell in love with him immediately.   The ability of this small creature to brighten the day of anyone around him astounded me.  After bringing him home that day I stopped by as often as I could that summer, and enjoyed watching him grow and learn.

After a couple years and finishing up of school Harley eventually came to live with my wife and I.  He has been with us ever since and we couldn’t imagine our lives without him.  He is a constant – Eager to greet us in the morning, tail wagging when we come home.  Excited to go for a walk or ride but content to sit on the couch and cuddle.  Observing the way he lives his life has made me reflect greatly on how I view the day to day.  He has completely opened my eyes to the love, empathy, and companionship that animals can provide and I treasure every moment I get to spend with him.