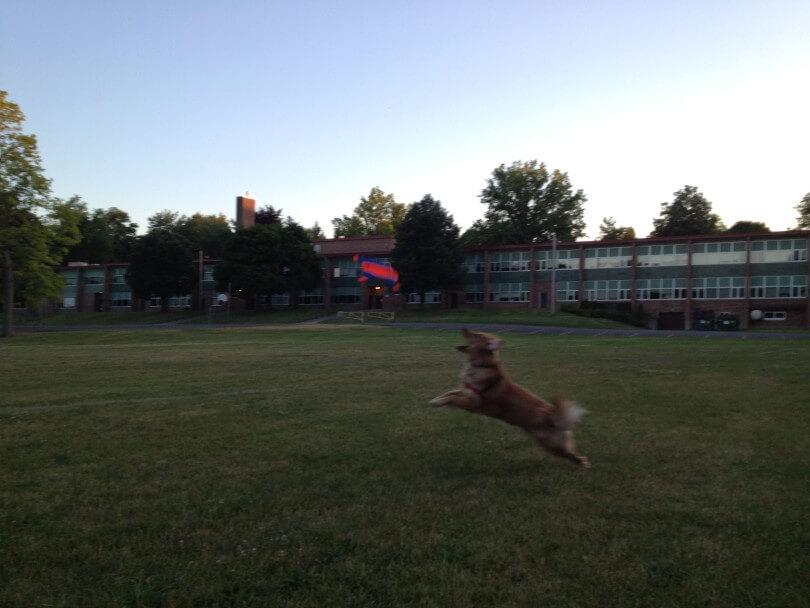 Charlie was a very good boy at puppy class this week. Given all his hard work and after missing these boys like WOAH after a weekend trip out of town (More on that later), we thought it was only right to treat him to a special surprise. Don’t worry, we didn’t forget about the Old Boy either – he just takes pleasure from the simple things. So, for the Monster – a brand new Chuckit! Flying Squirrel (Large) and for Harley a walk and roll in the field! 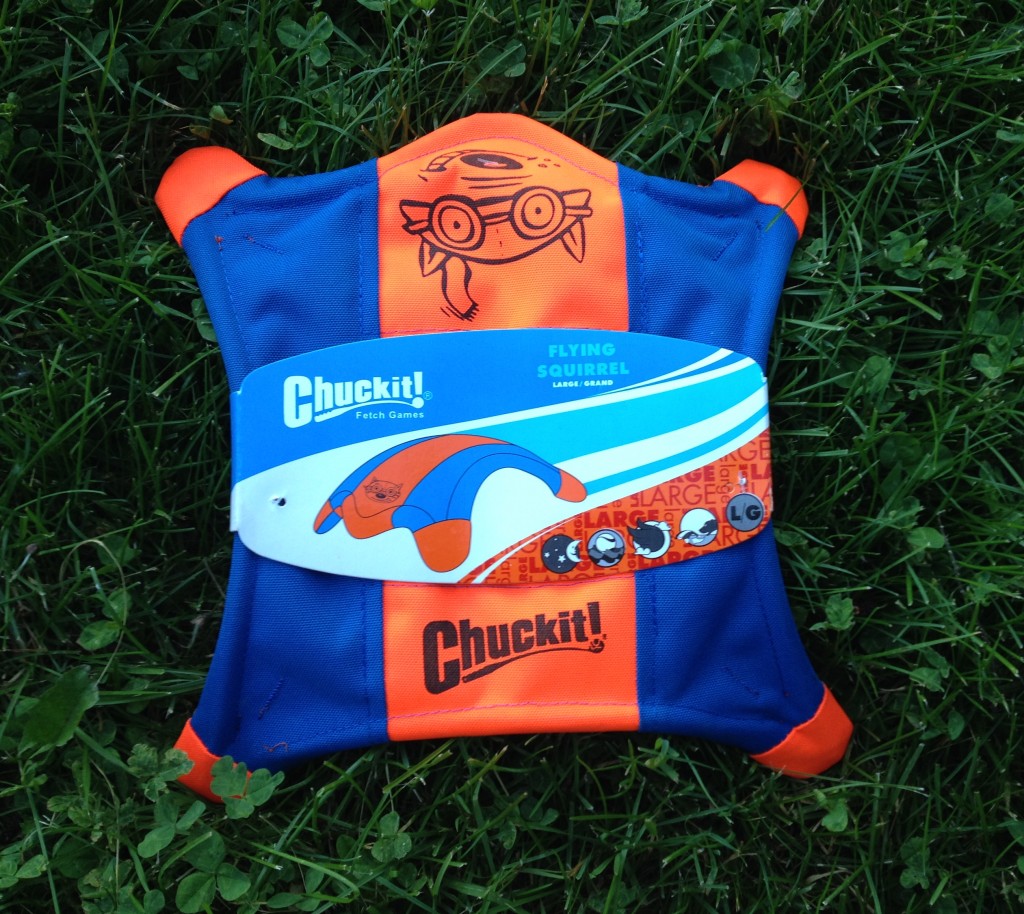 Charlie is a big fan of the Chuckit! Line of toys. He loves to play with the Chuckit! Heliflight with his best friend, Meera. He will endlessly chase the toy (whether in another dog mouth or flying through the air). Simply, its one of those toys that you have to hide unless you want to spend 10 minutes throwing it or deal with a naughty puppy loudly demanding playtime. 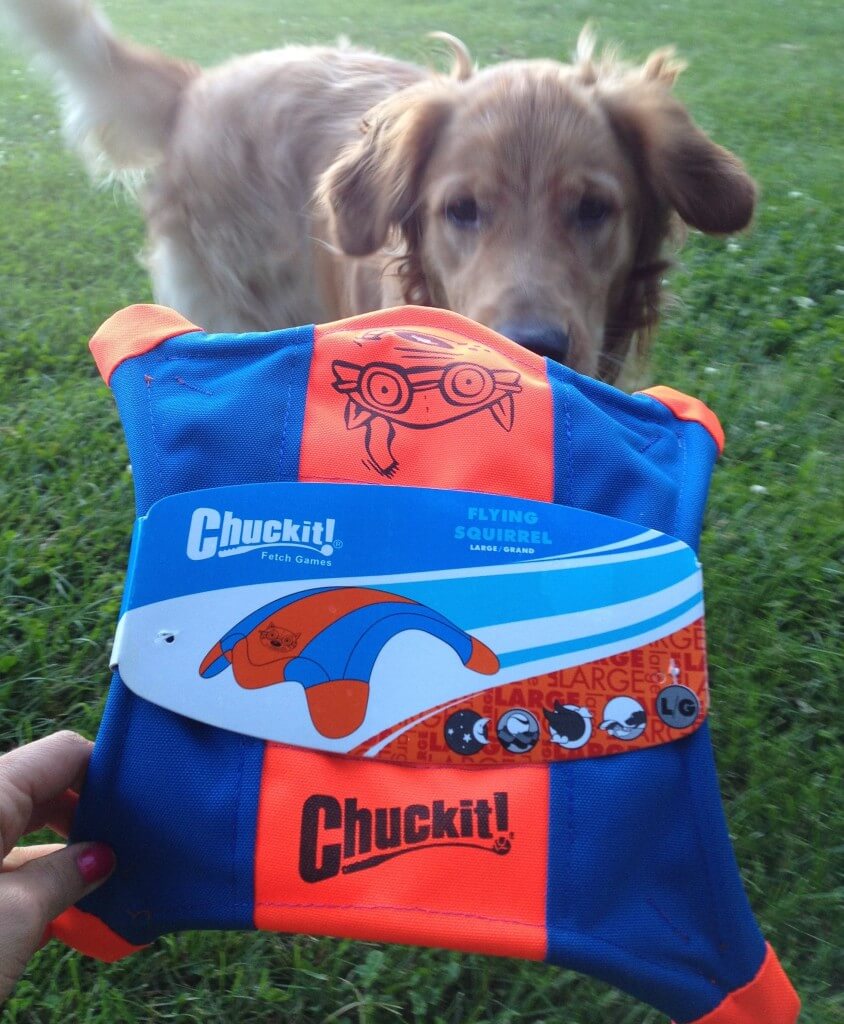 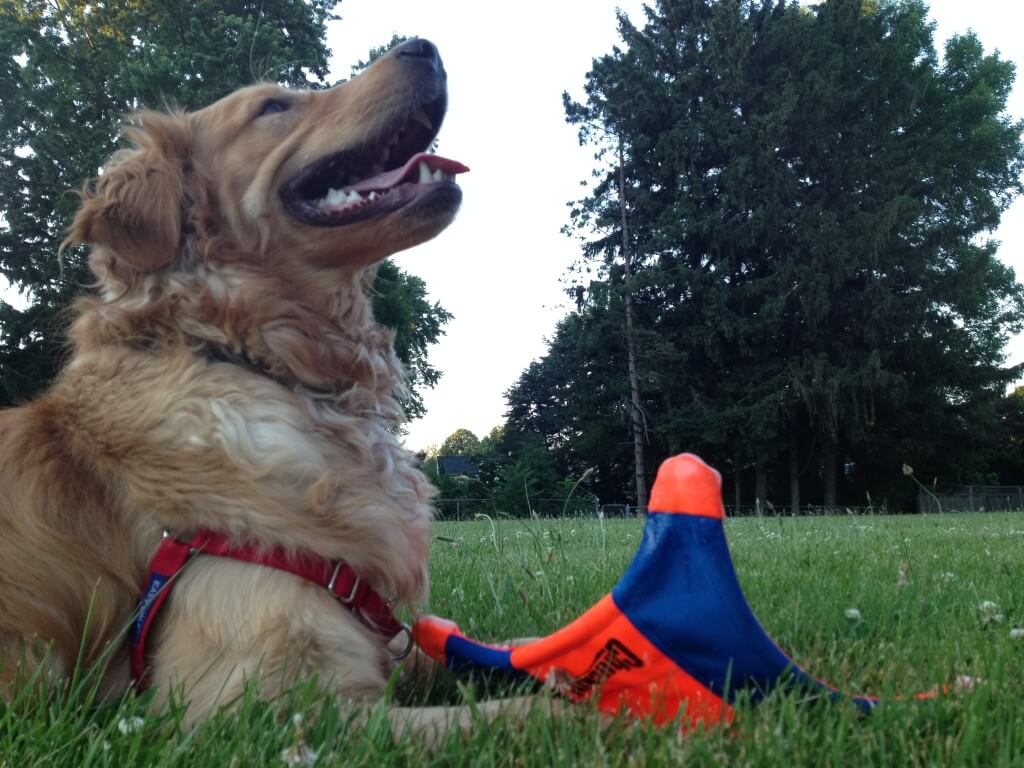 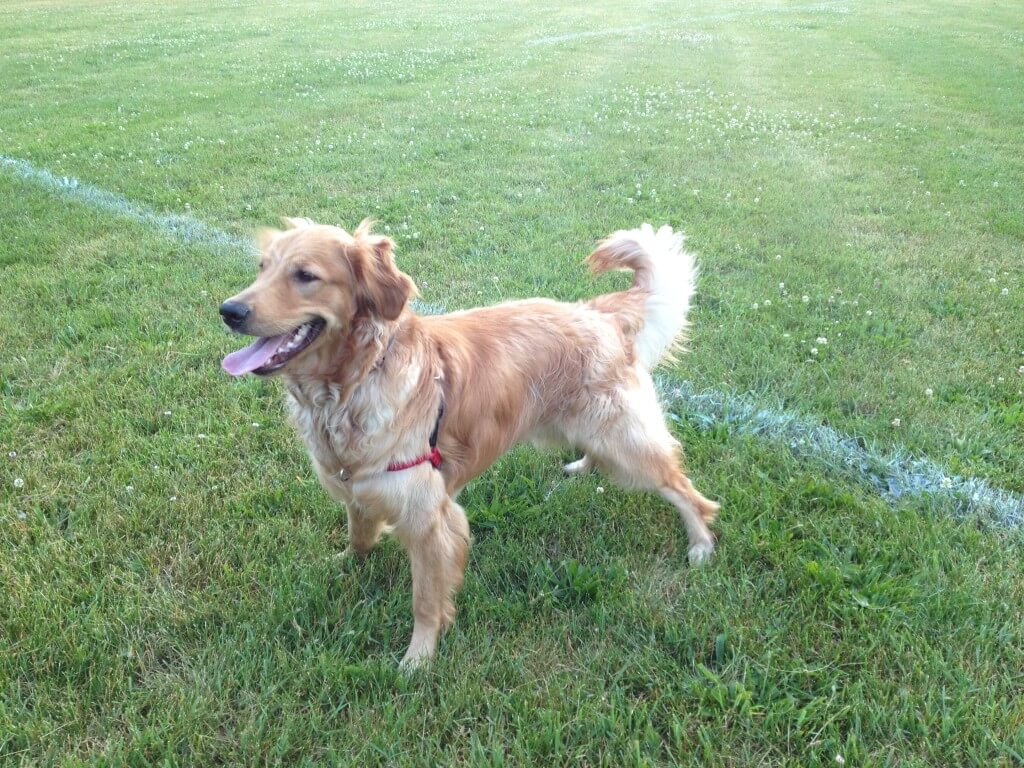 Hurry up and throw it already!

So it probably goes without saying, but Charlie LOVED this toy! Going completely out of his mind, “I don’t attend puppy school”-bonkers! 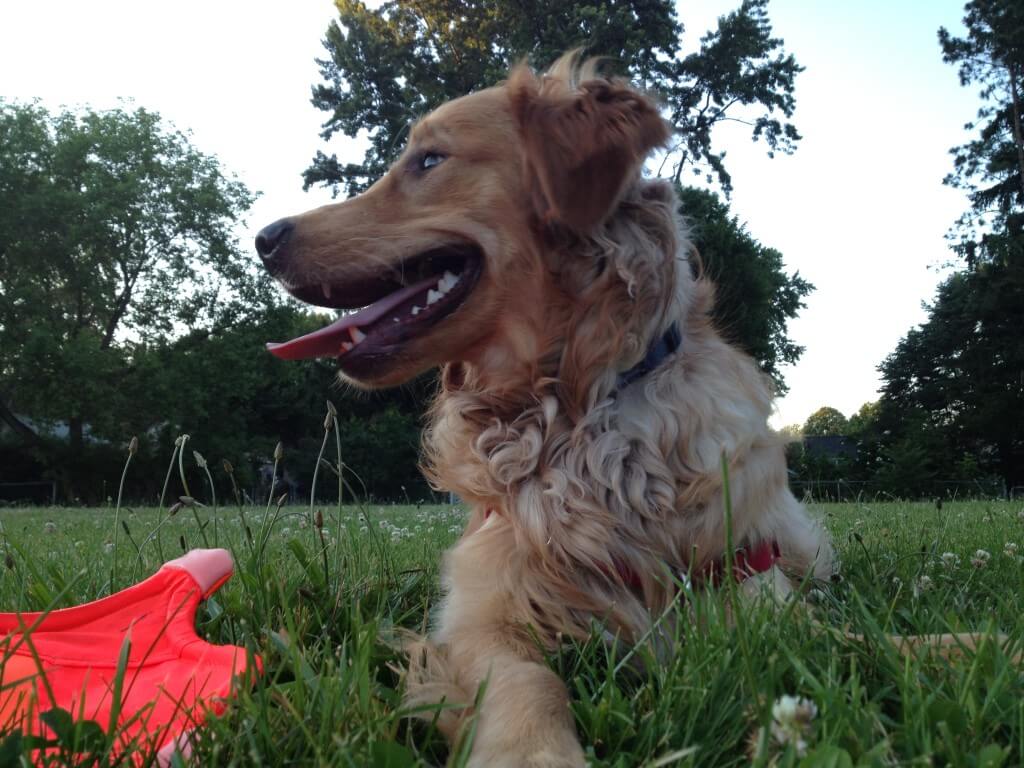 In design, it looks really similar to the Heliflight and since directions are totally overrated, I winged it! This usually turns out fine for me, but alas today was not my day and it basically flew 10 feet and “kerplopped” on the ground. Now, if I’m making this sound complicated, I apologize, its not. After looking at it a little more closely (and caving in and reading the back) I grabbed a “paw”, flicked my wrist, and watched it soar.

Once we got the motion down, this thing really took flight! While it doesn’t travel as far of a distance as the Heliflight, this thing gets some serious hang time. It has a tendency to float upwards and drop slowly.  Once Charlie saw this it was on! 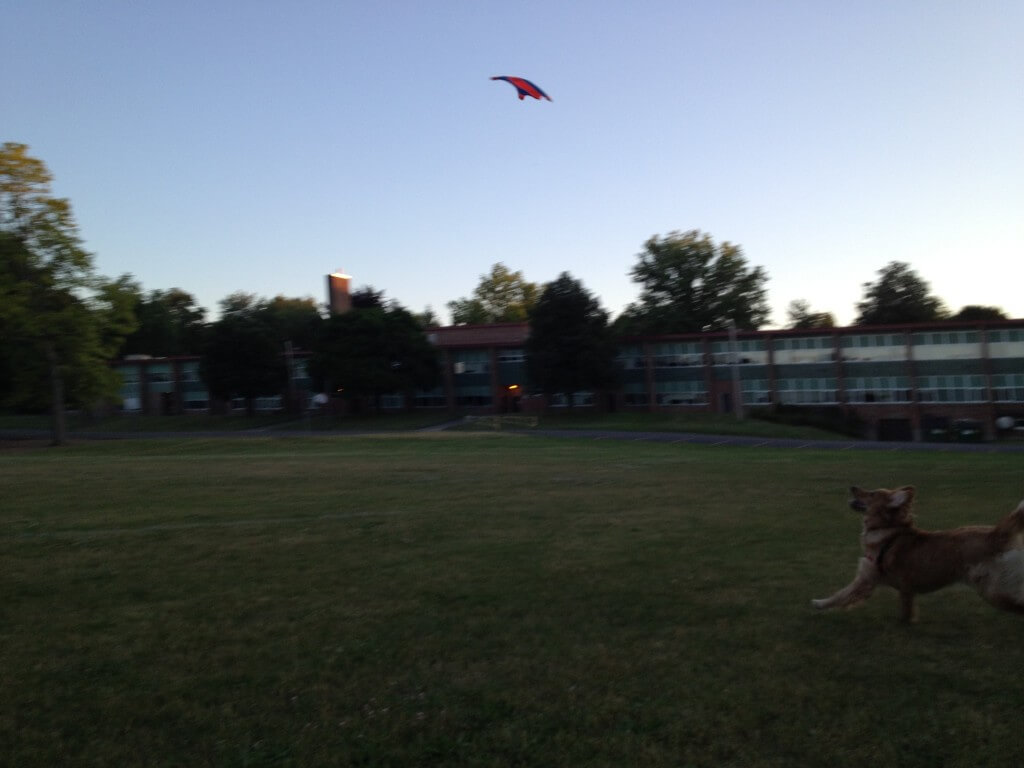 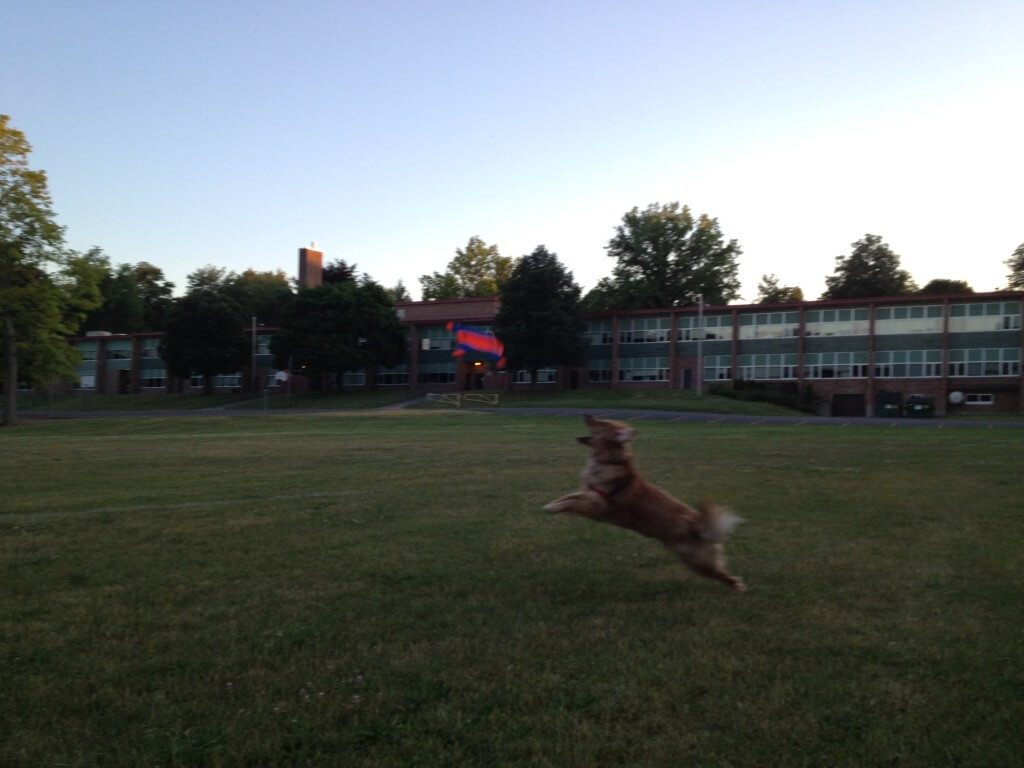 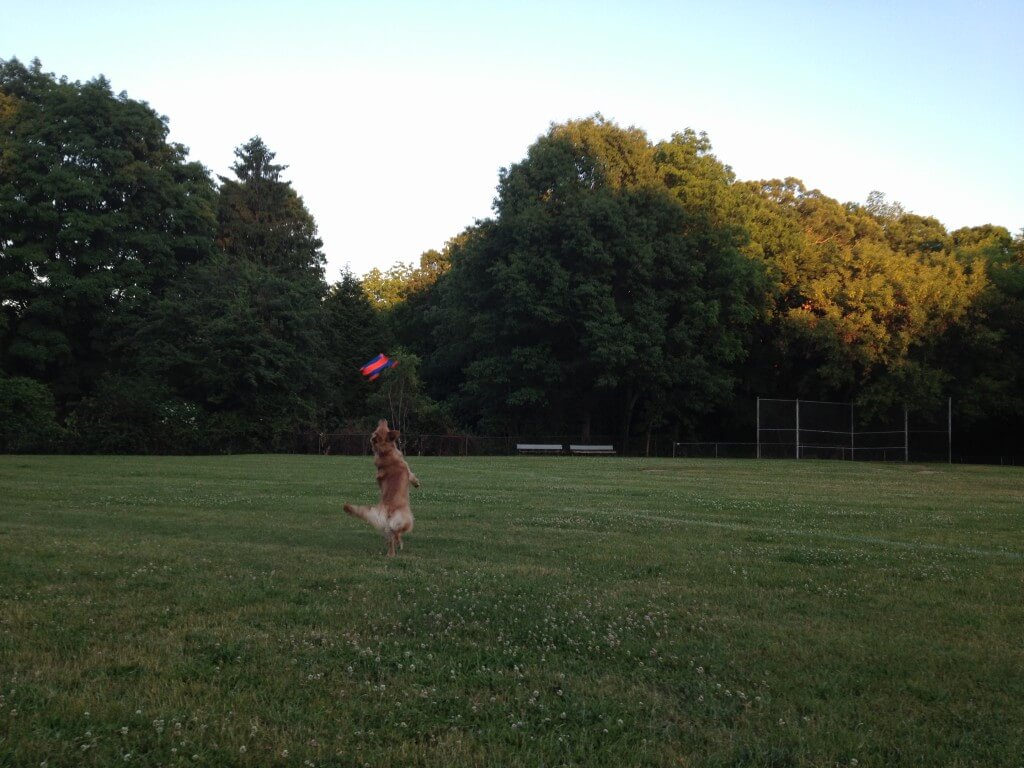 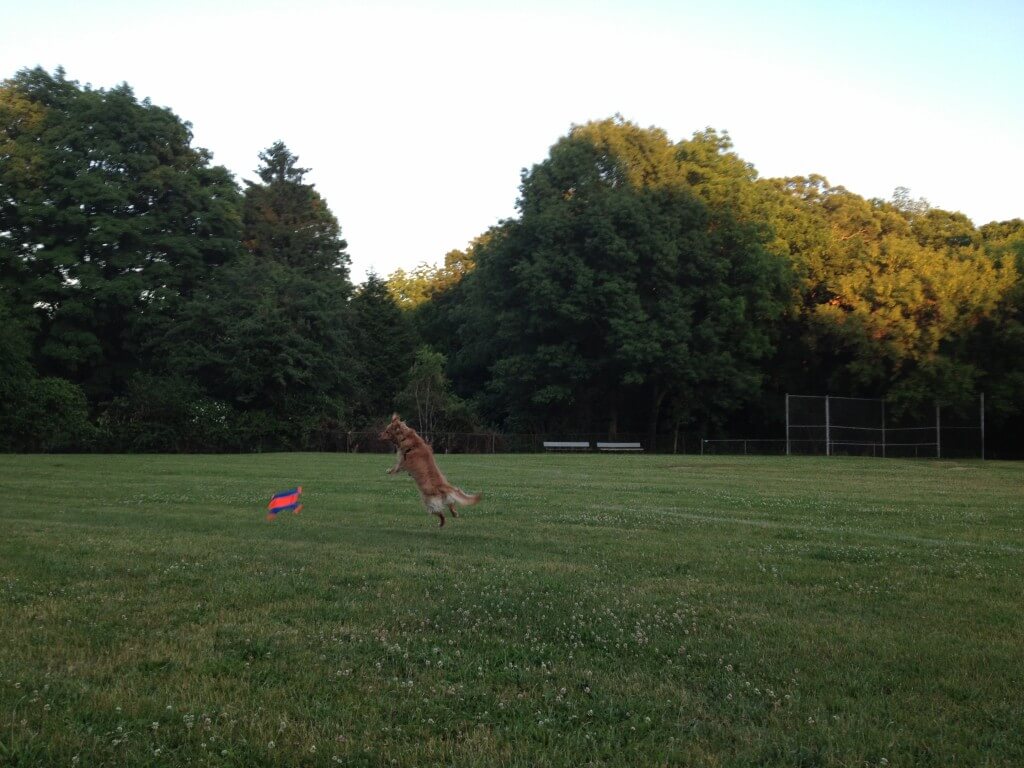 Charlie chased after the Flying Squirrel until his little legs were so tired that he just kind of waited for it to fall and then tried to run off and settle in for a good chew. Charlie has taken some chunks out of his BFF’s Heliflight so we knew we couldn’t let this happen and promptly took it away! (Although not before snapping a picture of course!) 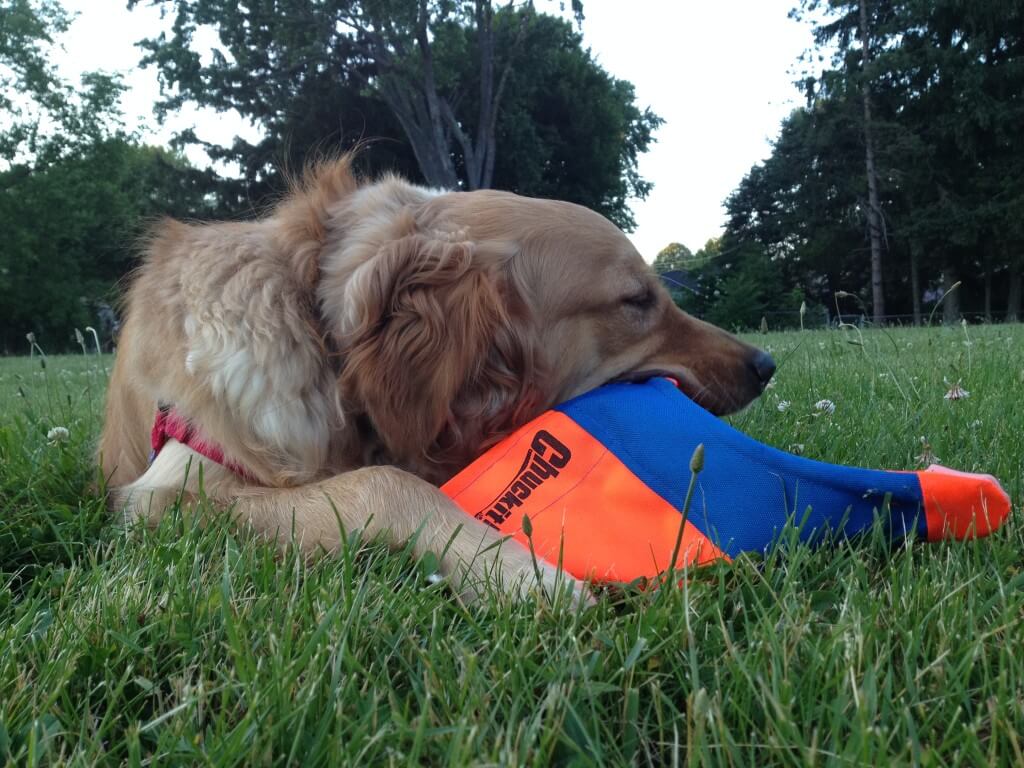 What was the big guy doing you wonder? Well, Harley isn’t really into fetching, so he just walked around, took in the sights and sounds, and enjoyed the great outdoors! 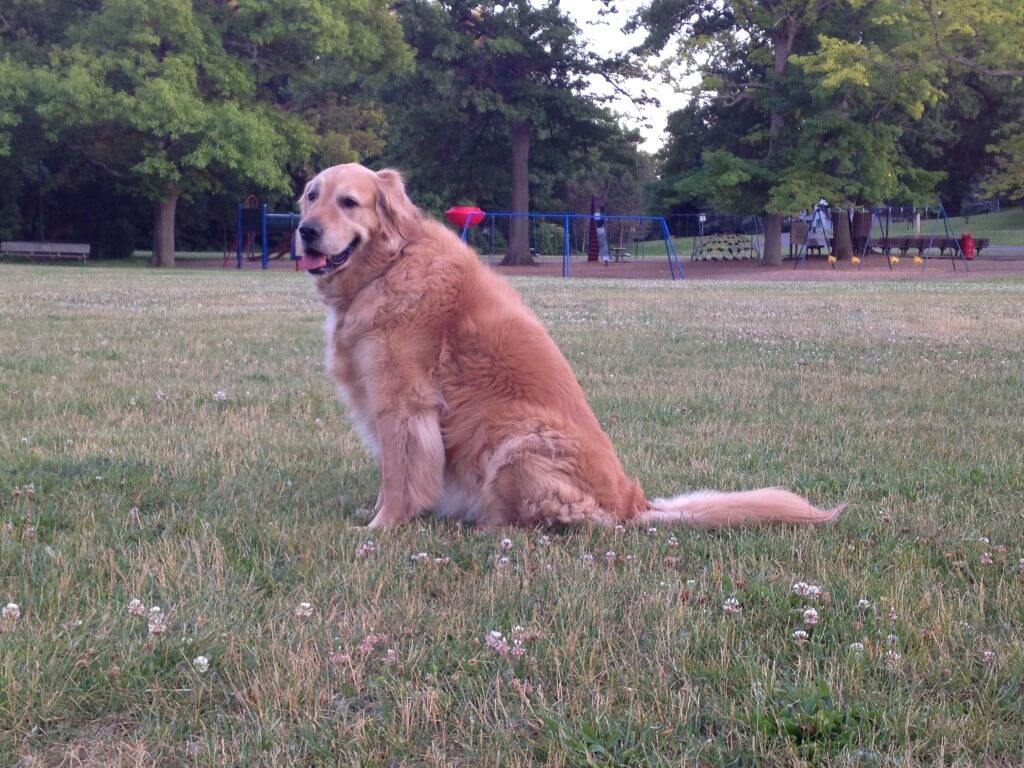 Ohh, how I love this boy

Overall, a super fun night with a super fun toy!  Keep an eye out for our full review in the next few days!

Have you tried the Chuckit! Flying Squirrel?  Let us know in the comments!