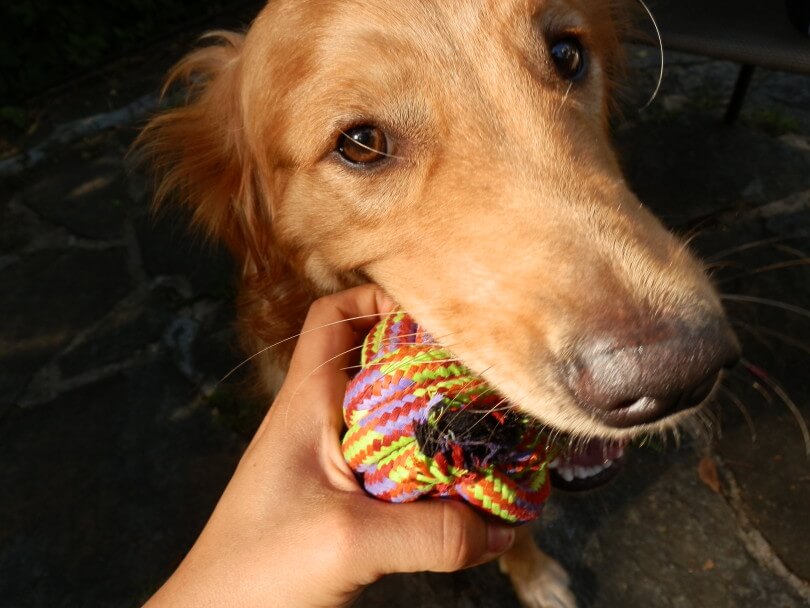 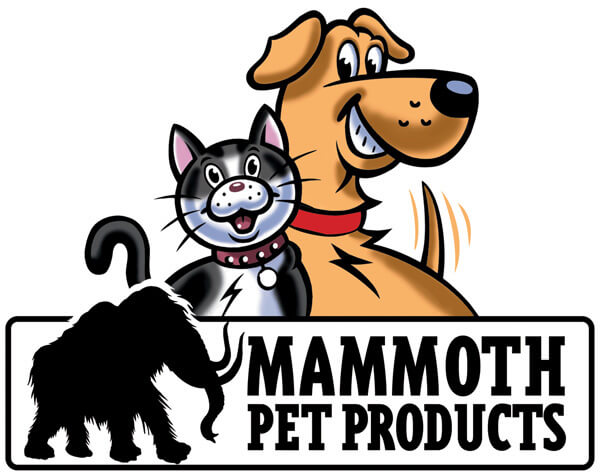 Last month, the boys and I took a Road Trip to see my sister and their one and only fur-cousin, Mia, in Baltimore, MD. As with all getaways, I like to make an effort to check out any new or different pet stores that I encounter. While out grocery shopping, I came across something that fit the bill perfectly! Nestled into a little strip mall, was Bark! Pawsitive Petfood, a local chain of healthy pet supply stores! I was really excited to go into the store, and I can tell you I was not disappointed. It reminded me so much of our own favorite healthy petfood store, PetSaver Superstore. 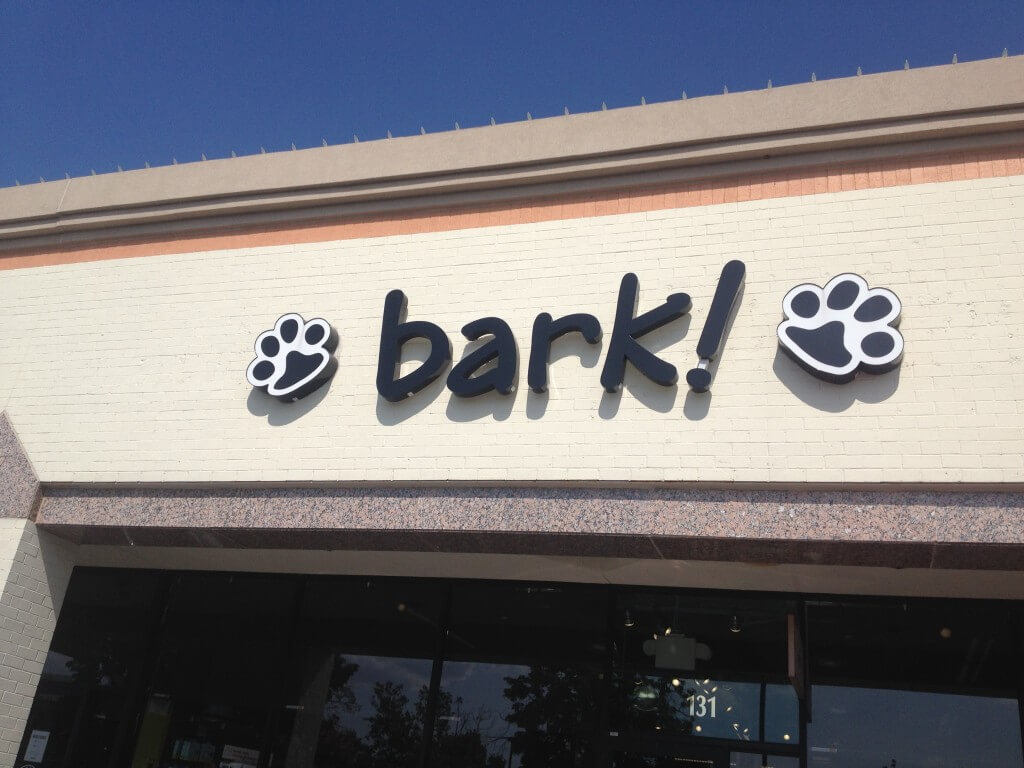 The store itself was smaller than your typical big box store, but its selection was tremendous with its shelves full with products from many of the high quality brands we have come to know and trust at MyDogLikes. 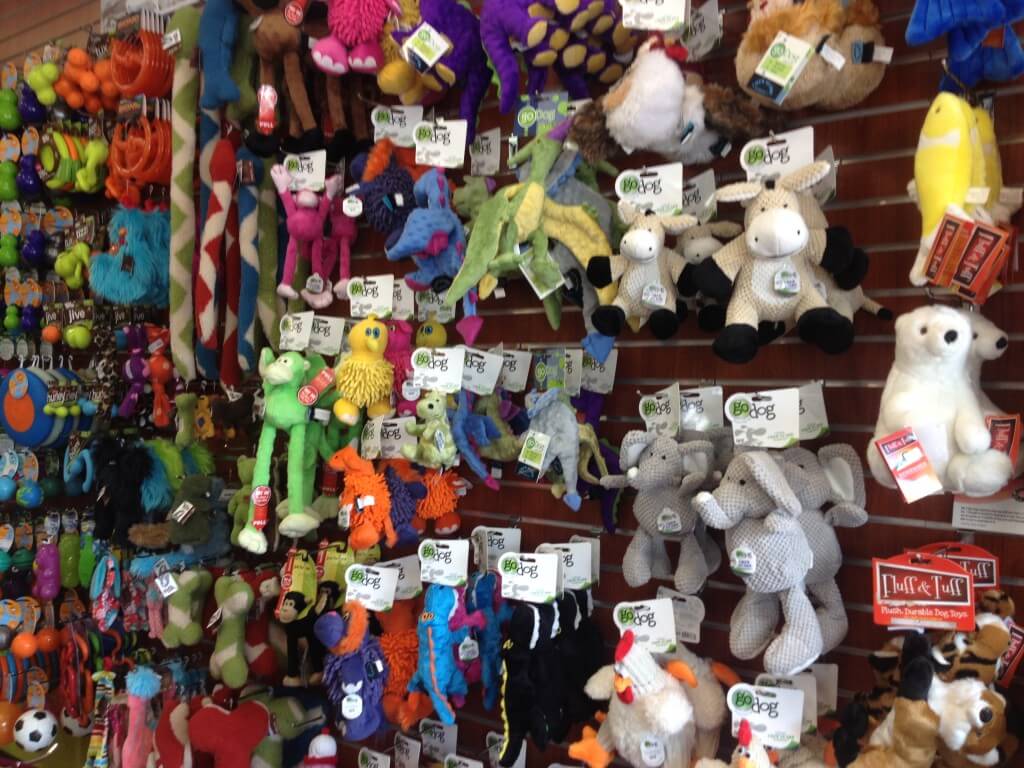 I only had a couple of minutes to look around, but in general, I love supporting small businesses as well as buying my boys special surprises, and knew I would leave with something! I knew I wanted to get something that Charlie could chase after (he was overflowing with enthusiasm and energy since being cooped up in the car) but not forget about what makes Harley happy. While I knew something in the stuffed animal department would get a lot of play from both boys, Charlie is still in the stage of trying to tear soft toys apart. As I was browsing, I came across the Mammoth Flossy Chews-Braidys Ball, something that I could throw and have Charlie chase endlessly, but would provide that soft chewiness that Harley loves.  The ball is advertised for “strong chewers”, so I thought maybe I had found the best of both worlds! 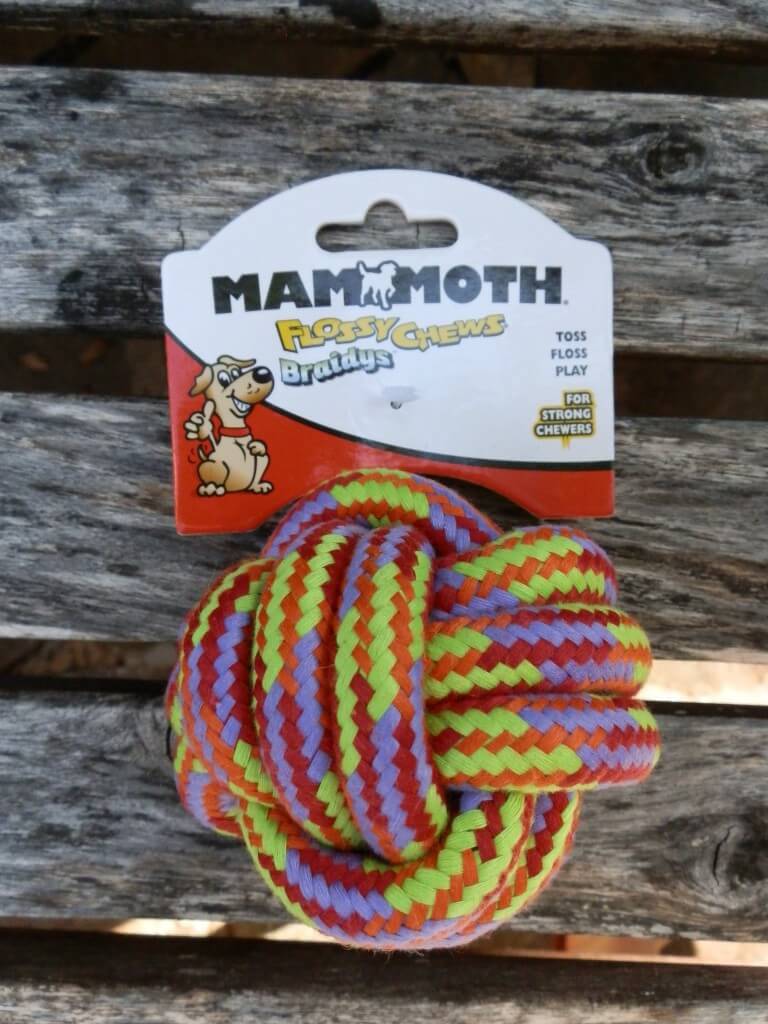 After getting it home, I took the boys (and their cousin) outside for some intense product testing, a.k.a. Fetch. 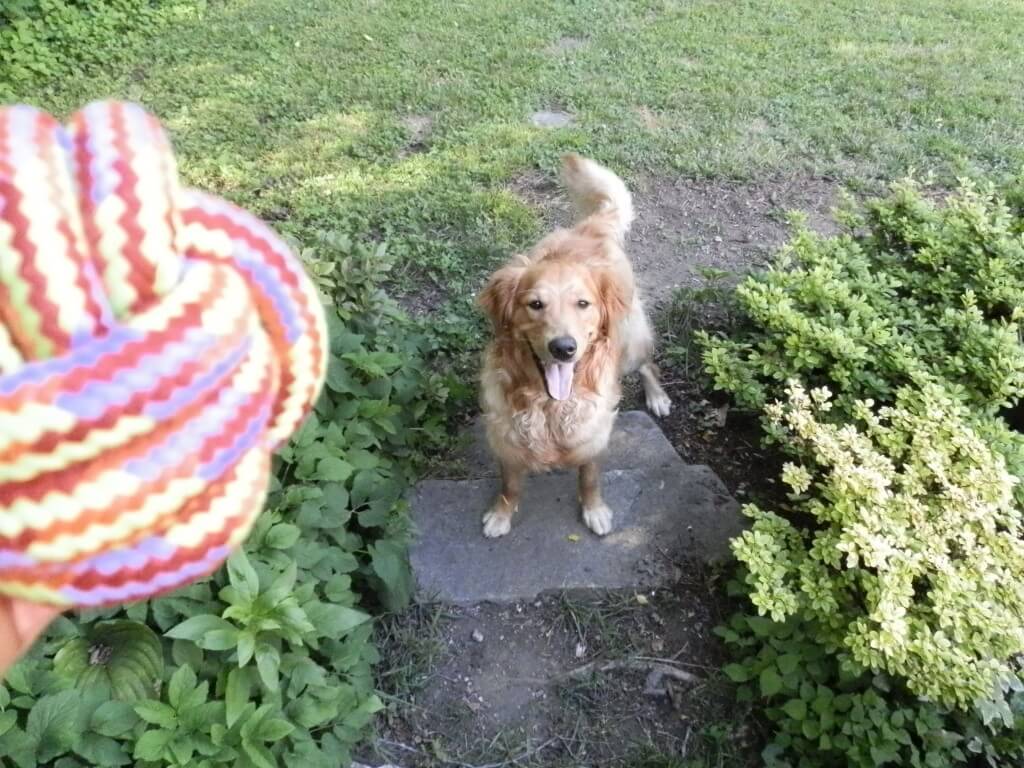 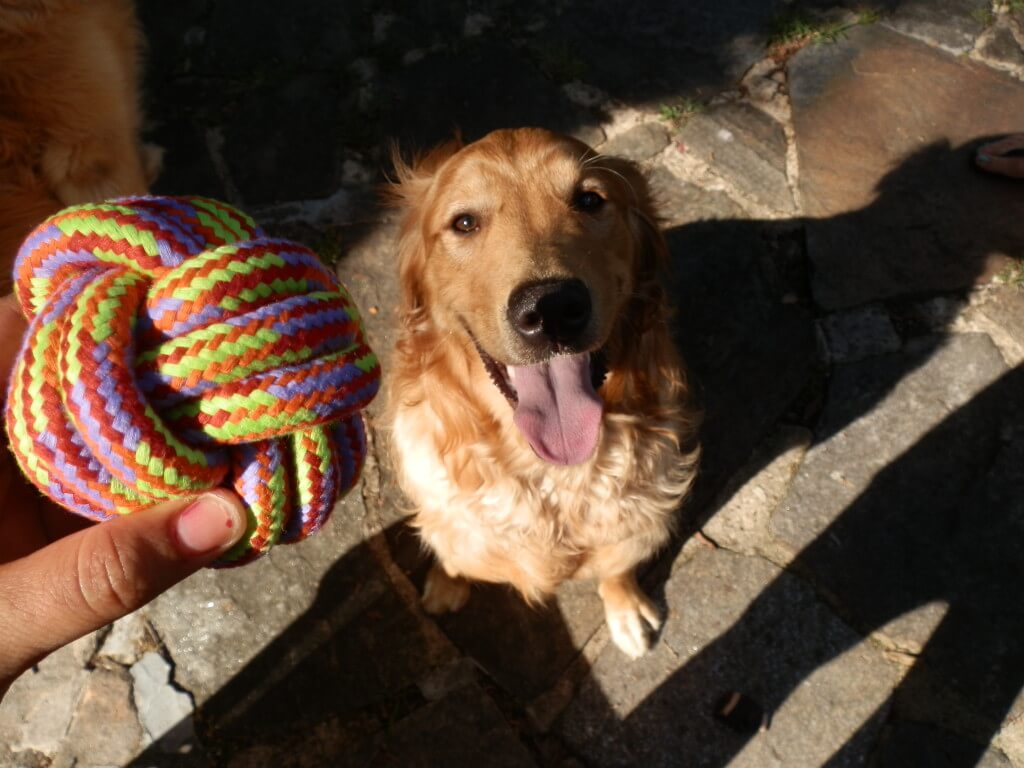 Immediately the dogs were loving this ball! Though soft, the ball is dense enough to be thrown and cover a significant distance, which Charlie loved! Also, anytime that one of the other dogs could outsmart or outrun Charlie, they loved the soft squish that it provided and would attempt to mouth it (before it was stolen again). 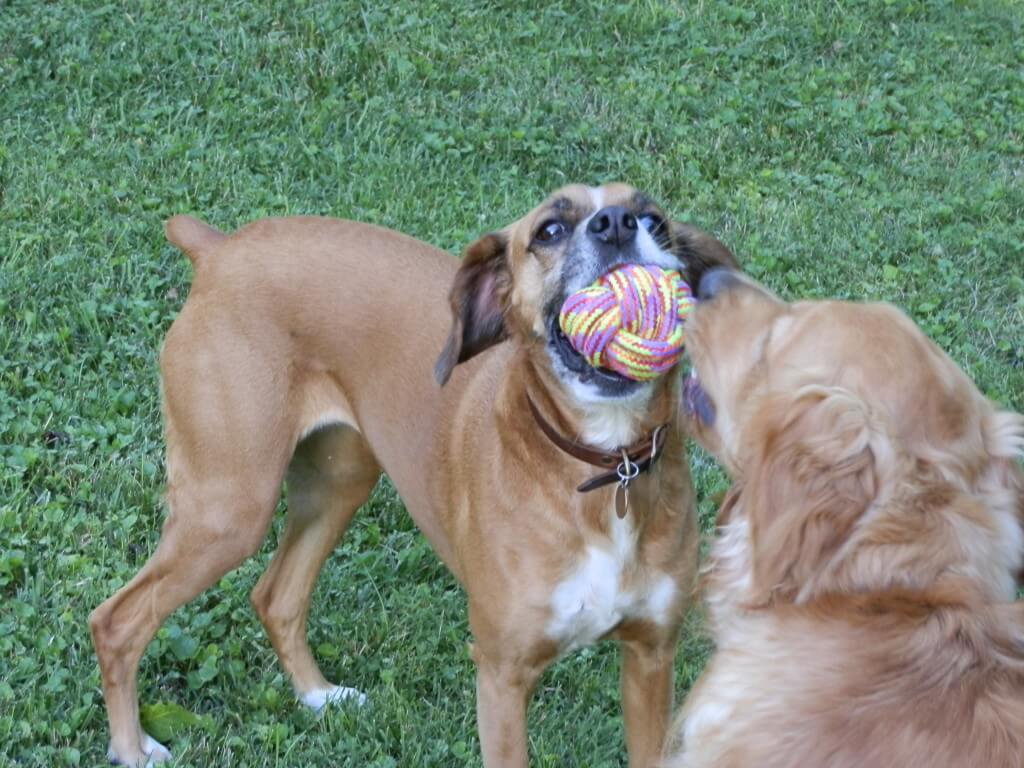 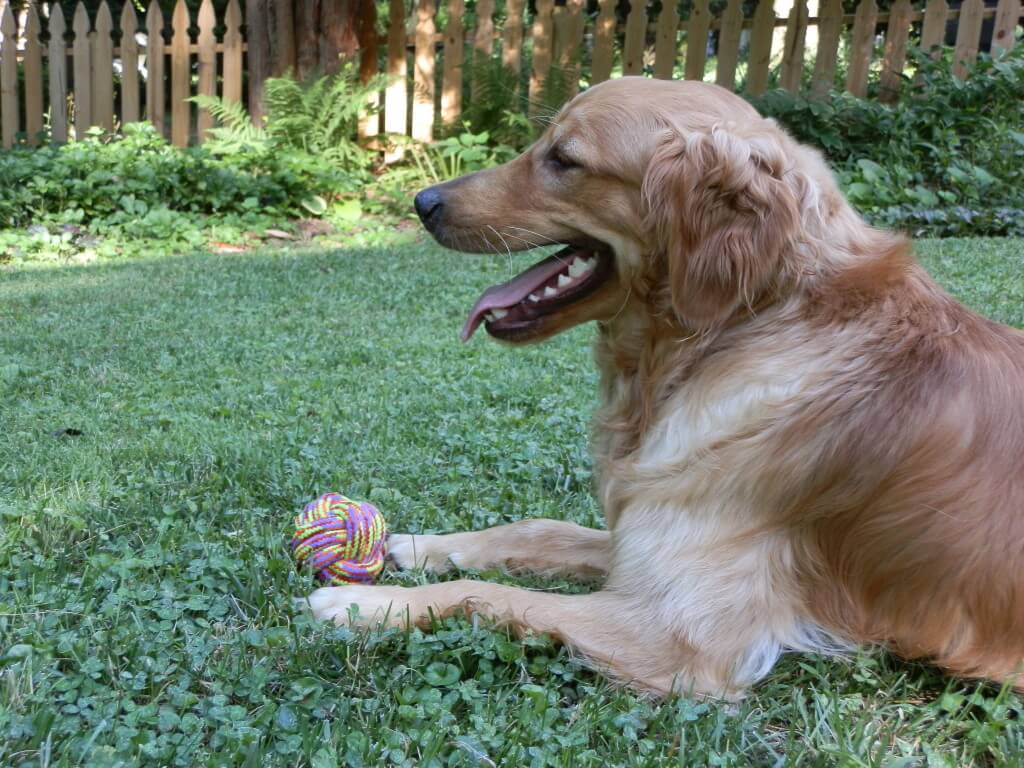 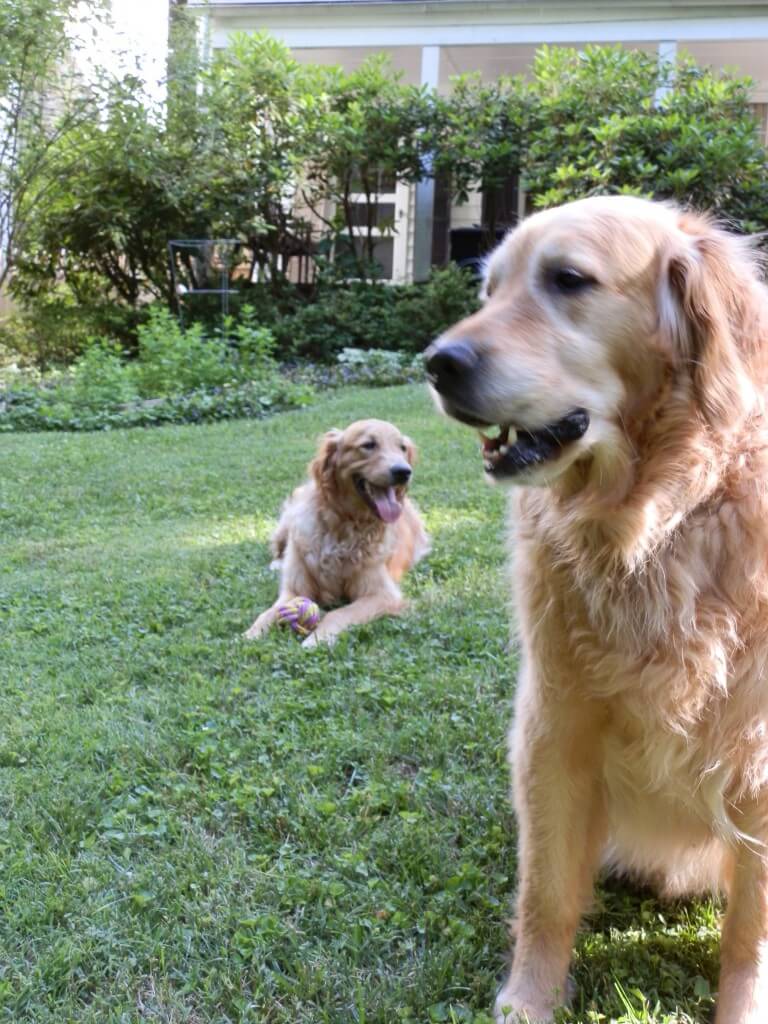 Sounds like a great toy, right? Well, everything was perfect until the game stopped and everyone took a rest. Charlie won the battle of the ball and sat next to me mouthing it as he panted in the scorching sun.  I didn’t really think anything of letting him have the toy as he was being gentle with it and it was advertised for strong chewers. According to the packaging and the Mammoth website, the product is designed to wrap around their teeth as they chew and play with the toy, almost as if they were flossing.

Well, I looked down at him no more than a minute later and one large cable strand had been severed from the toy. Ugh… 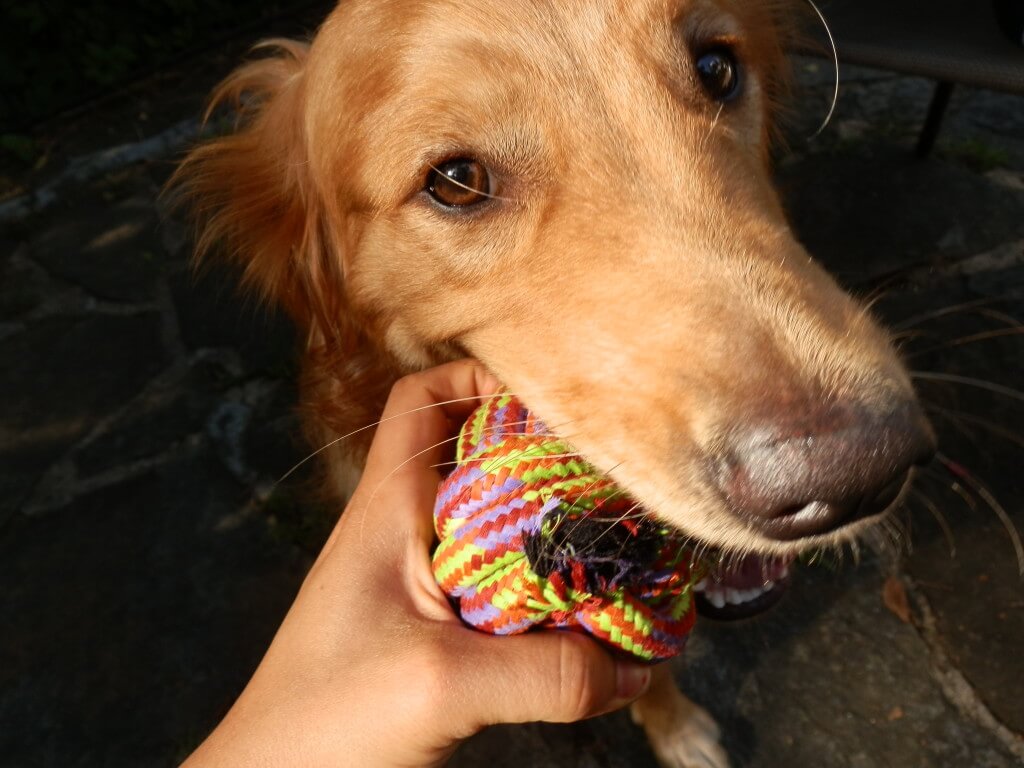 As any of you with dogs know, once a weak spot has been identified, its game over….that toy is good as gone. I was really disappointed that I had spent my money on this toy and it didn’t even survive one play session. What I find to be even more frustrating is that this product is advertised for strong chewers. In fact, the very purpose of this toy is to act as a dental chew and floss their teeth.  Even when used as directed, this toy did not last more than a few minutes. 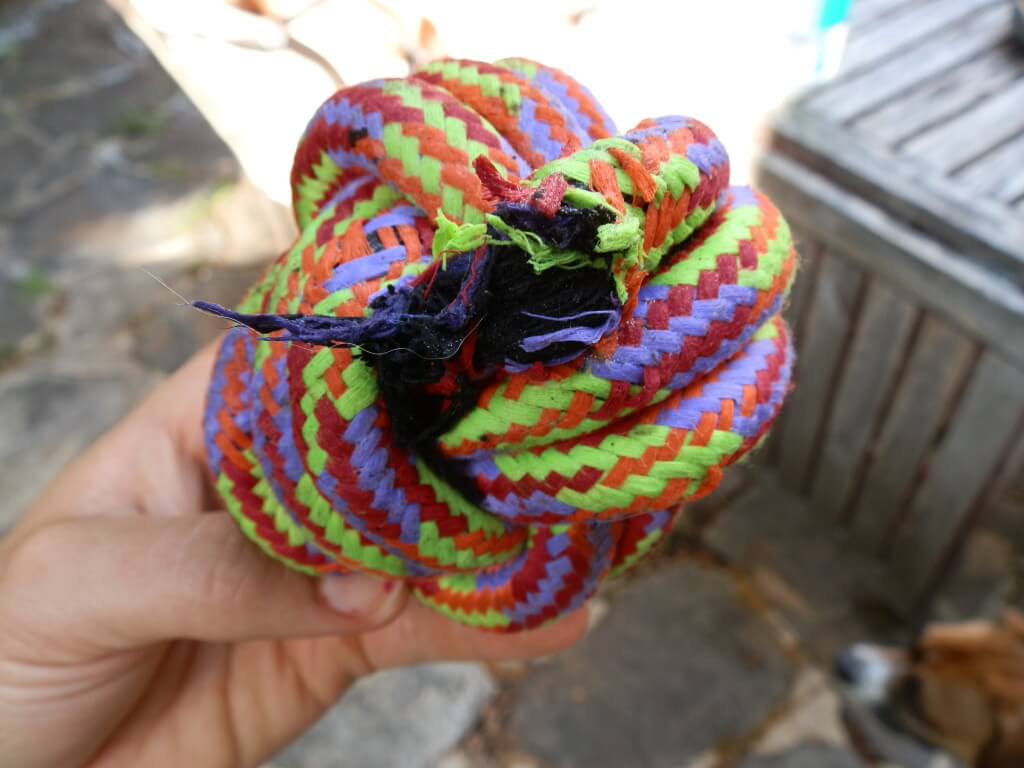 If you have a dog that only mouths things, this toy MAY be ok for you, but I cannot say that for certain. Though Harley loves stuffed toys and would rather die than tear them apart, he is not immune to chewing on toys that are created for play, like a ball. With Charlie in the mix, who will endlessly play fetch, I’m not sure that this would even have held up to several play sessions. Though it is really frustrating that my money was wasted on this product, it reminds me of our mission and purpose at MyDogLikes. We want the products that we bring home to be safe and enjoyable for our dogs while not breaking the bank. It will always be disappointing when we find a product that does not meet those standards, but we will continue to share them with you so that you can make better decisions for your family.

This is the first time that we have purchased a Mammoth Pet Product. What have your experiences been?