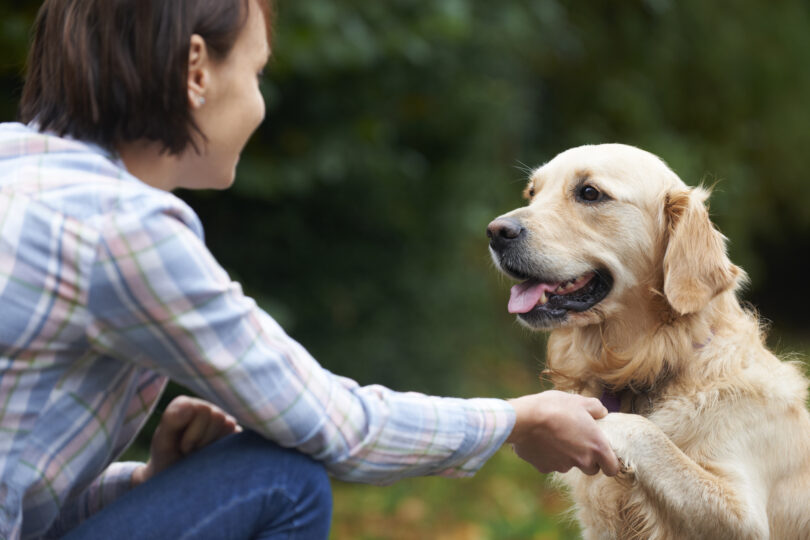 We’ve all been there—sitting on the couch, minding our own business, when suddenly a furry friend hops up and offers their paw. We might be inclined to think they’re being affectionate, but that’s not always the case. So why do dogs put their paw on you? There are a few reasons why your dog might be putting their paw on you, and it’s important to understand the difference so you can properly interpret their behavior. In this blog post, we will explore the reasons behind this common canine behavior so that you can better understand your furry friend. 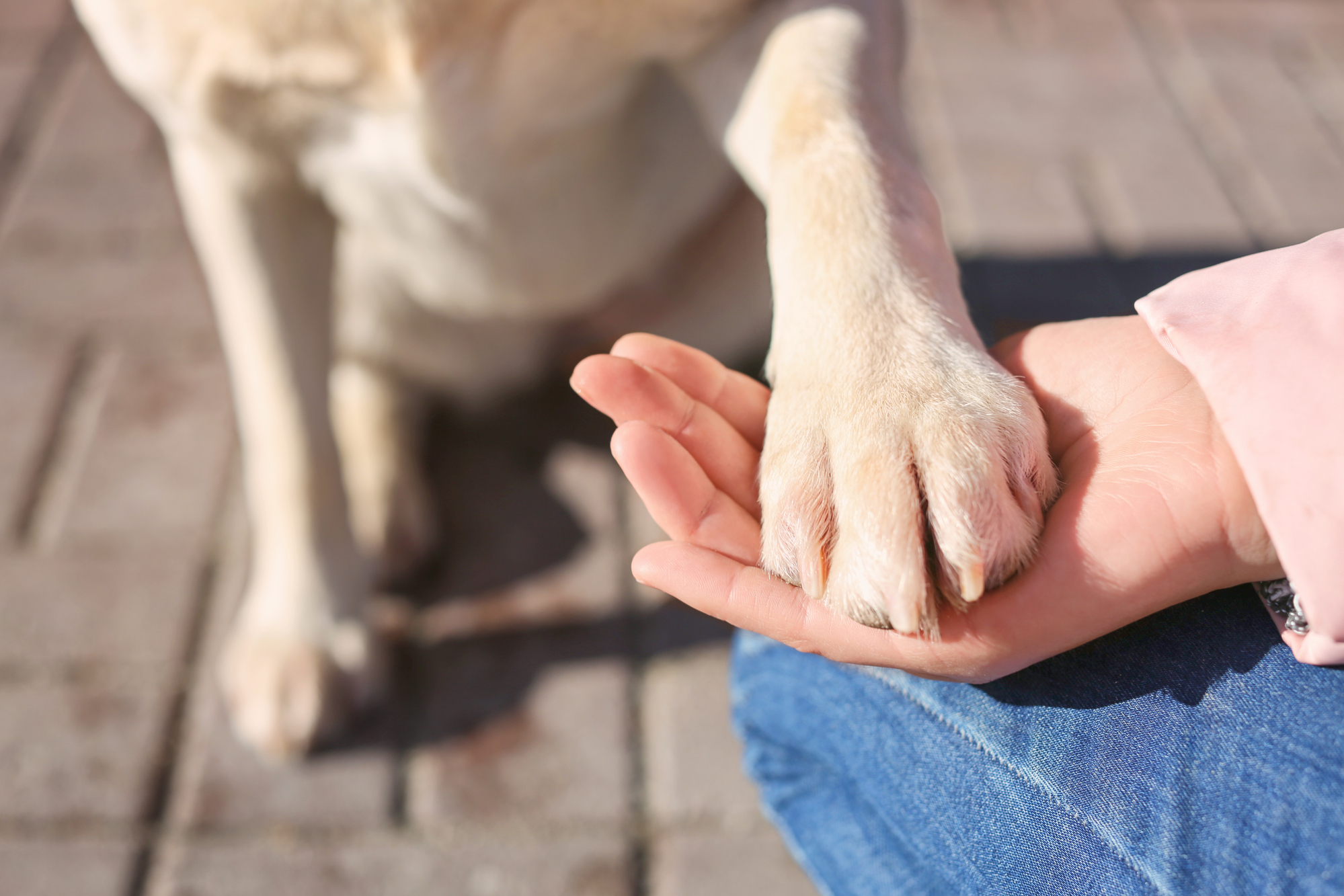 What does it mean when a dog puts their paw on you?

To put it simply, when a dog puts their paw on you, they are usually trying to get your attention.

This can be in order to show affection, as a way of asking for something (like food or a toy), or to let you know that they want to go outside to go potty or take a walk. 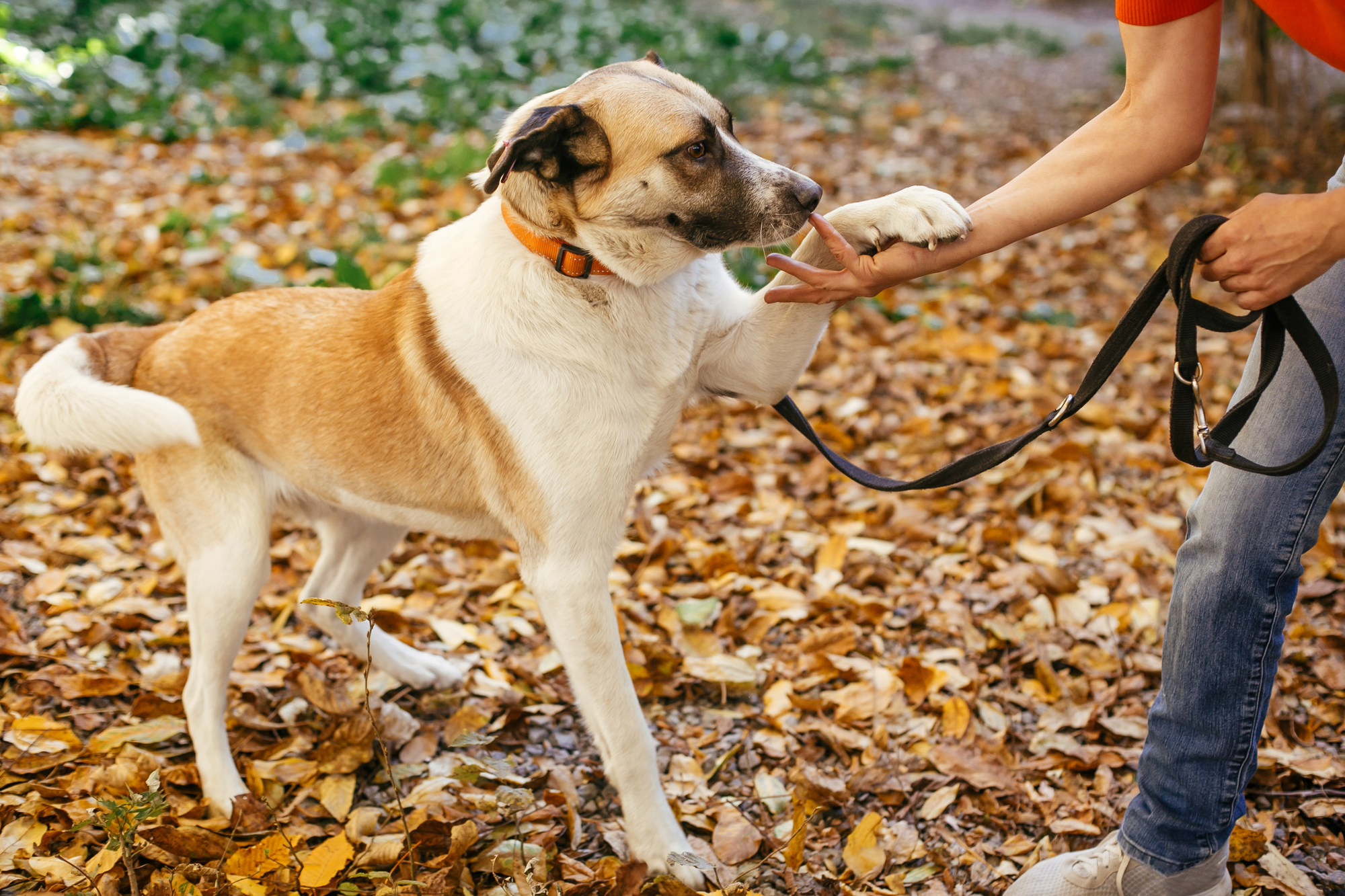 The different types of pawing

Pawing is a dog’s way of communication, and there can be several subtleties to this behavior. Let’s quickly take a look at the differences between these types of interactions so you can respond appropriately.

This is when your dog gently puts their paw on you while you’re petting or playing with them. It can be their way of saying “I love you!” or letting you know that they’re enjoying the interaction and physical contact and want more of it. Dogs may also do this as a sign that they see you as a member of their pack.

This is when your dog raises their paw to you or gently puts it on you. They’re usually asking for something, whether it’s attention, pets, or a treat.

Dogs are social creatures and love being around their humans. When they feel like they’re being ignored, they may put their paw on you as a way of getting your attention. Our dog, Charlie loves to do this when he sees his human siblings getting a little too much attention!

This is when your dog forcefully or repeatedly puts their paw on you, often accompanied by barking or whining. They’re demanding something from you, and if you don’t comply, they may get even more assertive or rambunctious. For us we know that Charlie repeatedly giving his paw is a sign that it’s time for dinner!

Some dogs also engage in what’s known as resource guarding, where they will place their paw on something they perceive as valuable, such as a toy or bone, in order to keep others away from it. This is sometimes done in an aggressive manner, and could be a sign of dominance or territoriality. In this case, it’s best to consult with a professional trainer to help correct the behavior.

Dogs use pawing as a way to communicate with those around them. By understanding the different types of pawing, you can better interpret your dog’s behavior and respond in a way that meets their needs. 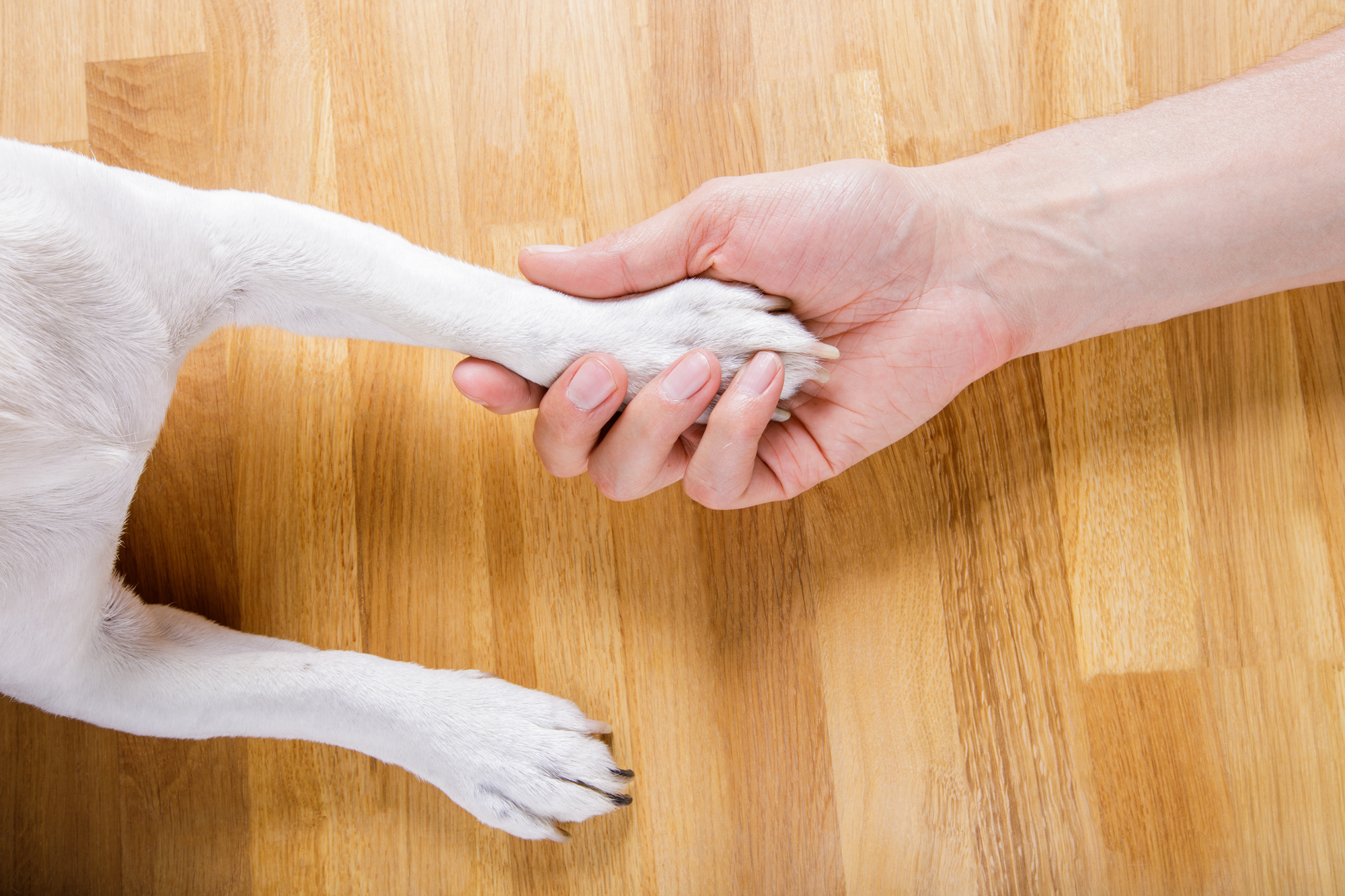 If your dog starts putting their paw on you more frequently, it could be a sign that they are feeling anxious or stressed about something. Take the time to look for other behavioral clues and try to figure out what could be going on. Are they in some sort of pain? Has something changed about their environment – sounds, company, etc.?

Sometimes dogs will put their paw on you as a way of claiming dominance or assertiveness. If your dog does this and you’re not comfortable with it, you can try to train them out of it with positive reinforcement.

In any case, it’s important to read your dog’s body language and context cues to determine why they are pawing at you. If you’re concerned about your dog’s behavior, please consult with a certified animal behaviorist or veterinarian for guidance. 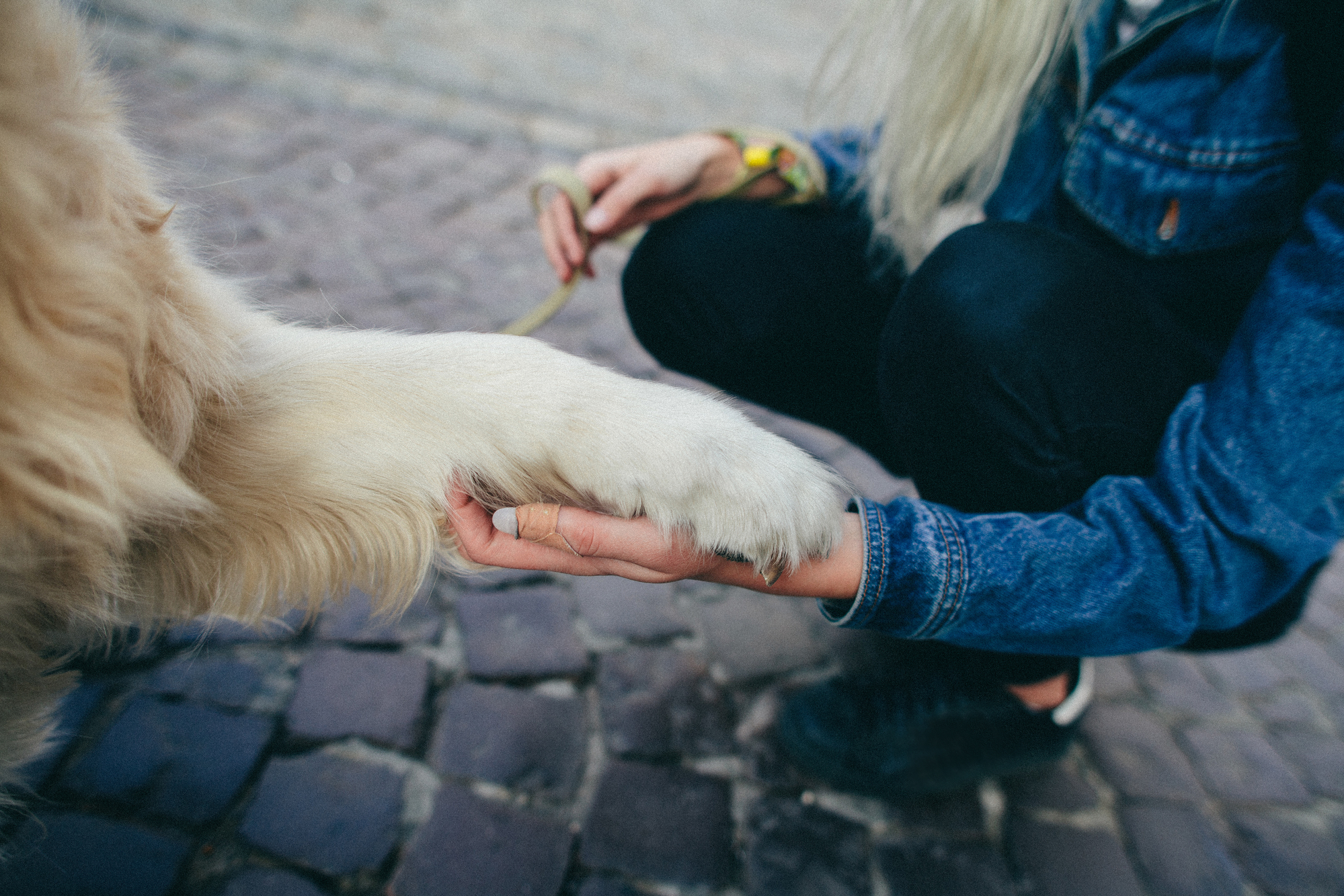 Why do some dogs do it more than others?

There are a few reasons as to why some dogs do this more often than others. The first reason is that they were bred to do so. Certain breeds, like the Bernese Mountain Dog, Golden Retriever and the Newfoundland, were specifically bred to work alongside humans. As a result, these breeds have a strong desire to please their owners and will often put their paw on them as a way of showing a tight bond and affection.

Some dogs may do this behavior more frequently if they think it gets them something they want. If you consistently give your dog attention or treats whenever they put their paw on you, they’ll quickly learn that this is a surefire way to get your attention. It’s important to be consistent with your commands and rewards so that your dog doesn’t start thinking that every time they touch you with their paw, they’ll get a treat!

How to get your dog to stop pawing you

While having a dog pawing at you is often a sign of affection or excitement, if you’re not a fan, there are a few things you can do to get your dog to stop.

One option is to simply ignore the behavior. If your dog paws at you and you don’t give him any attention, he’ll likely eventually stop doing it.

Another option is to provide your dog with an alternate way to get your attention. For example, if he paws at you when he wants to be pet, try teaching him to sit instead. Once he learns that sitting gets him what he wants, he’ll be more likely to do that instead of pawing at you.

If neither of those options work, you can try using positive reinforcement. Whenever your dog doesn’t paw at you, give him a treat or some other form of praise. Over time, he’ll learn that good things happen when he keeps his paws to himself. 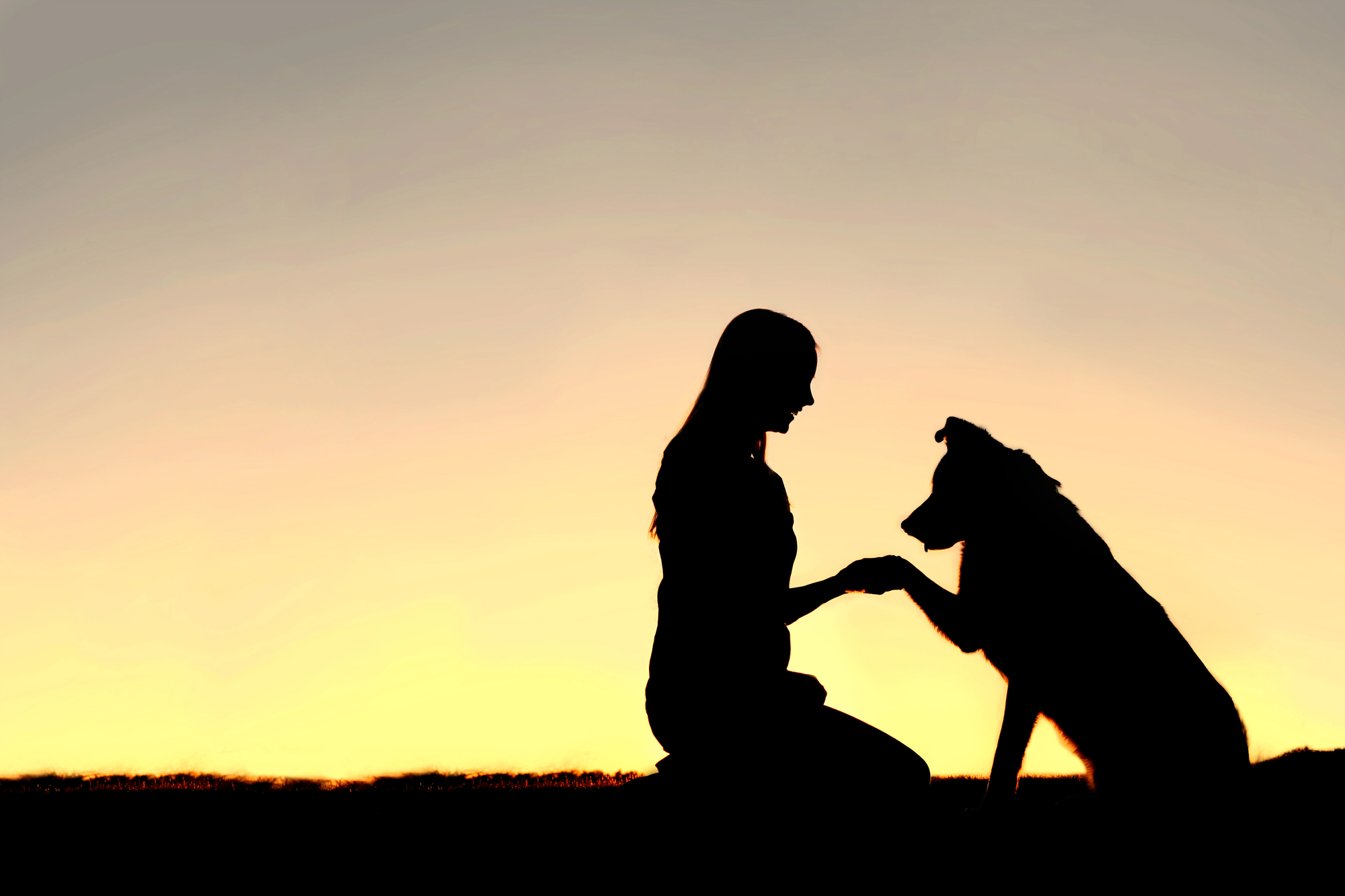 There are a number of reasons why dogs might put their paw on you, but the most likely explanation is that they’re trying to communicate something to you. They may be trying to tell you that they consider you a part of the pack, they may be asking for something, or they may be stressed.

So the next time your dog is giving you their paw don’t just assume its a friendly gesture! Take the time to read the other context clues and really think about what they may want or need.

Also keep in mind that every dog is different, so it’s always best to ask your veterinarian or dog trainer if you’re still unsure about what your dog is trying to tell you.